What’s up, guys?  How are you doing?
On our Dica of today we are going to talk about Zico football player. One of the best Brazilian players in history and known for many as The White Pelé.

Arthur Antunes Coimbra was born on March 3rd, 1953 in Rio de Janeiro. He started his career playing for Flamengo, and was a key player during the most glorious period of the team’s history. Along with many other titles, Zico, in his first period at Flamengo, led the team for the win of Copa Libertadores da América in 1981 as well as the Intercontinental Cup on that same year.

He also helped Flamengo win four national titles (1980, 1982, 1983, and 1987). On the field, Zico scored goals in all imaginable ways. He was also a great assister and team organizer, and was known for his excellent vision on the field. He was a two-footed player and an expert at free kicks.

Besides all that, he had the chance to play in Europe. That opportunity came along when he played for Udinese (1983 – 1985). But because of injuries and adaptation problems, he wasn’t as successful as he was in Flamengo, and after two years he moved back to his home team and retired a few years after in 1989.

In 1991 he came out from his retirement and accepted the challenge of helping Japan develop and promote it’s first national football league, playing for Kashima Antlers. He was the league’s star and a celebrity there. His popularity was so big in Japan that he became the team’s coach during the World Cup in 2006.

While playing for Kashima, he was able to score one of his most famous and beautiful goals, as you can see it on the video below:

Zico with the Brazilian Team 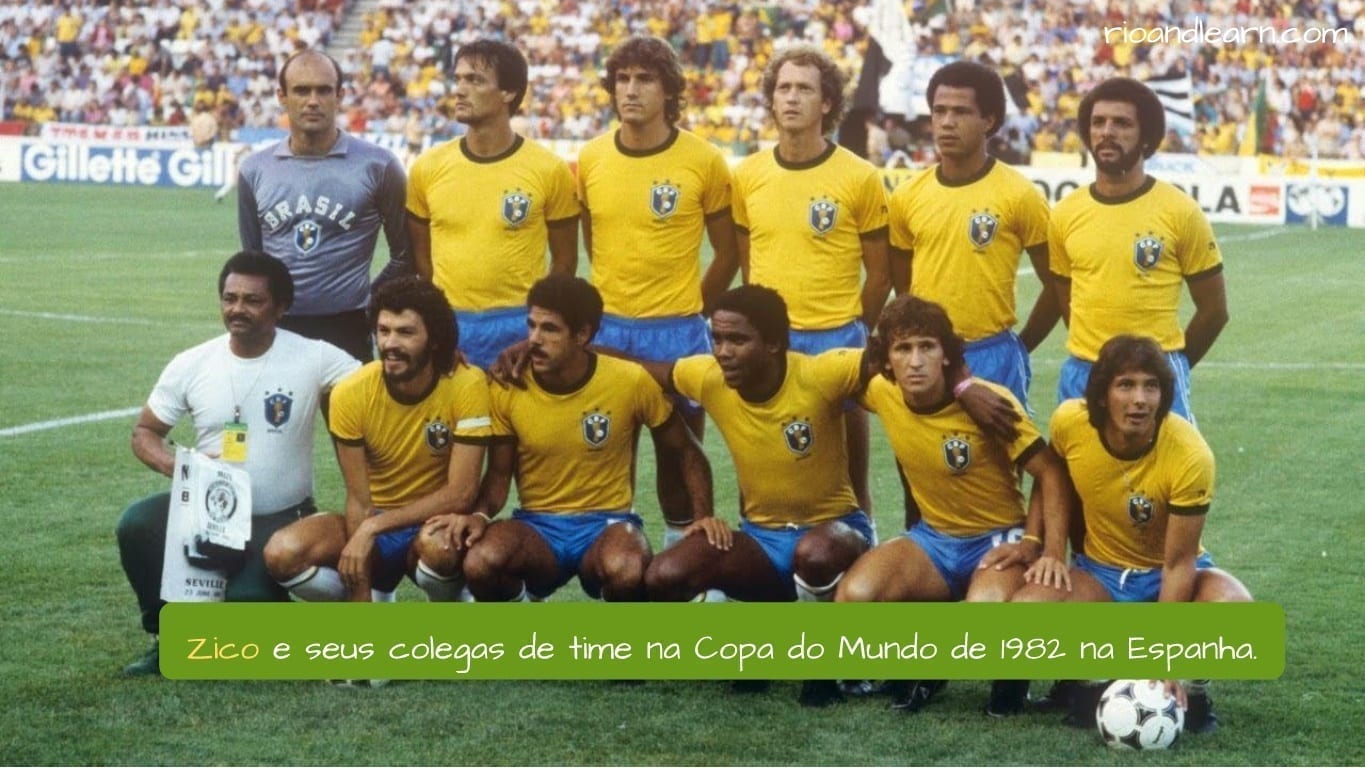 Even though he played at two World Cups (1982, 1986) with the Brazilian Team, Zico didn’t get the chance to win one. But he was one of the stars and leaders of a team that made the world feel pleasure watching football. A team that had players like Falcão, Sócrates and many other amazing athletes. Even nowadays people find it unbelievable the fact that that team didn’t win the World Cup.

What people know is that nowadays Zico is coping with his life as a coach and also as a TV commentator in Brazil. But we cannot talk about Brazilian Football without mentioning this great player and his goals, take a look:

Most beautiful goals with Flamengo and Brazil

Most important titles with Flamengo

His best moments were playing for Flamengo. Here we have a small timeline with his most important titles:

Complete the sentences with everything you learn on our Dica of today:

That’s all my friends! We have just learned about Zico football player. If you want to know more about Brazilian football and players, go to A Dica do Dia or send us a tweet to our Twitter account asking questions or giving suggestions.