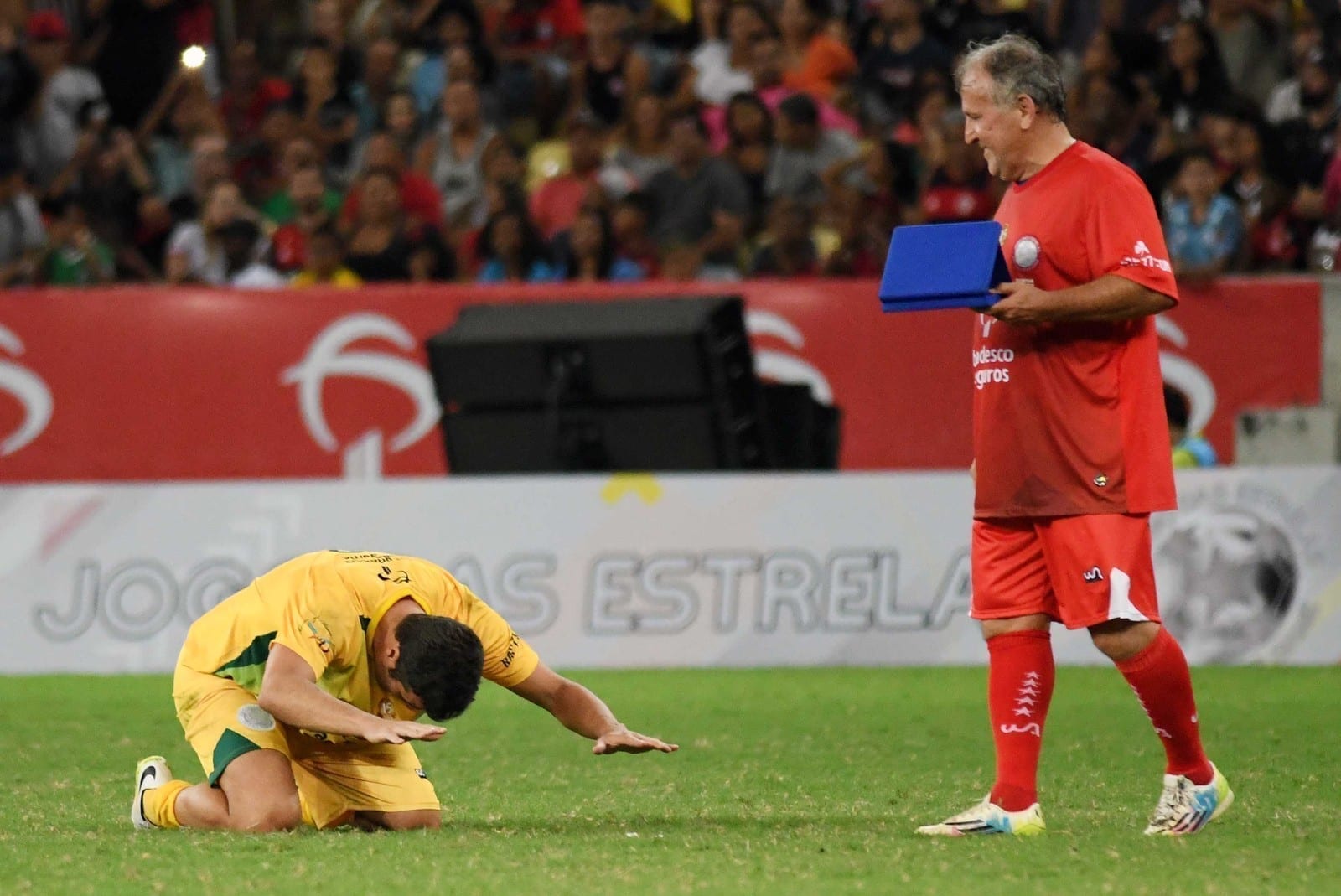 Was a great night at the Brazilian Mecca of football, the Maracanã with the rest of the boys seeing the likes of Kaka, Adriano, Junior Baiano, Júlio Cesar, Petkovic and others

Spending the night watching Zico’s All-star game was the highest peak of the week and took 40.000 spectators to the stadium. Even better when one of your students is a real soccer afficionado and knows everything about the Maracanã Stadium, from the building to the renewal of the stadium for the World Cup in Brazil, in 2013. Master Zico scored one goal and the game ended at 7×5 and Adriano the Emperor got booed (!).

Zico has earned his enormous reputation back in the days for scoring hundreds of goals for Flamengo. Therefore, the majority of the cheering crowd was formed by Flamengo supporters, which is the largest cheering crowd in Rio. The cherry on the cake was when one of the students talked to a nice couple and got us two of the event’s t-shirt as a gift from them ! What a beautiful job we have, teaching students Portuguese at Zico’s All-star game !   ;+)