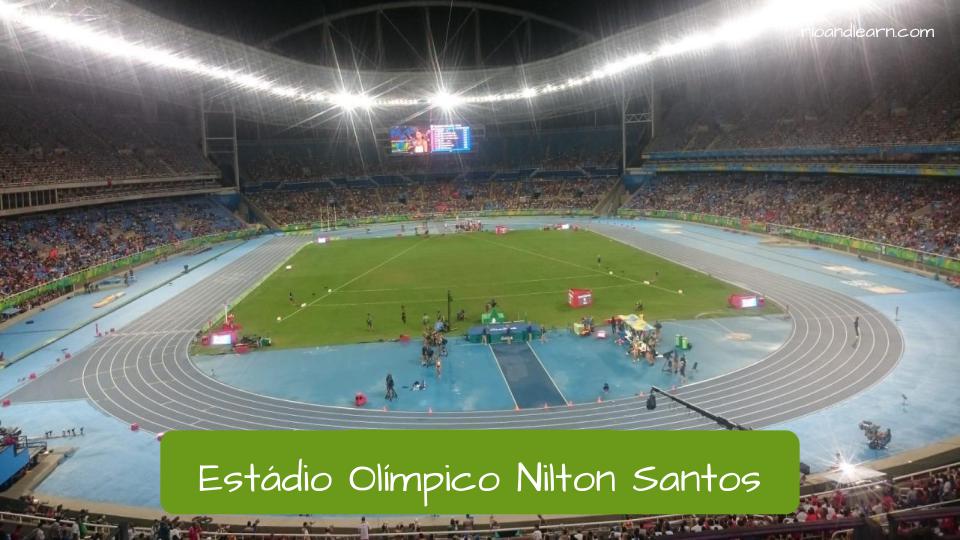 Estádio Olímpico Nilton Santos (Former João Havelange) is one of the main Rio Olympic Stadiums, but it’s used for other purposes like concerts or athletics. It’s located in Engenho de Dentro, a neighborhood in Rio’s north region. That’s why the stadium is also affectionately called Engenhão Stadium, due to the neighborhood in which it is located.

The stadium’s first name, João Havelange, was given in honor of the former FIFA and International Olympic Committee member. But it was later changed to Nilton Santos, considered one of the greatest defenders in the history of the game. Now, it’s home to Botafogo, one of the city’s main football teams and has a capacity of 46.931 people, extended for the Olympics, housing up to 60.000.

Costing 392 million reais, six times the original budget, Rio Olympic Stadium was designed by Carlos Porto, a Brazilian architect and built by Odebrecht S.A, which was involved in a series of corruption schemes and was investigated by the Operation Car Wash.

Engenhão finally opened in June 30th of 2007. Its first match was between Botafogo and Fluminense for the Series A Brazilian Championship, which Botafogo won by 2-1, with the first goal scored at the stadium being from Fluminense’s player Alex Dias, and Botafogo ended up being awarded the João Havelange trophy for winning the inaugural match.

Not only the second biggest stadium for the games, it was also stage for the first 2016 Olympics game, held at Engenhão! The women’s football match between Sweden and South Africa, where Sweden won by 1-0, and jump started this incredible world event. It was also the main Rio track and field stadium, with Usain Bolt himself running laps in the stadium.

The stadium itself belongs to the city of Rio de Janeiro, but Botafogo rented it in 2007 until 2027 (20 years). It was Rio’s main stadium while Maracanã was under renovation for the 2014 FIFA World Cup and the 2016 Olympics. It’s fairly easy to get there. You can of course go by taxi or take the city’s train at Central do Brasil. Look for the Santa Cruz, Deodoro or Japeri lines, getting off the train at Engenho de Dentro station, you’ll be right next to the stadium.

And that’s all! Next time you’re in Rio, don’t forget to visit Rio Olympic Stadium and watch the amazing matches that take place there! Stay tuned for our next A Dica do Dia here at Rio & Learn.