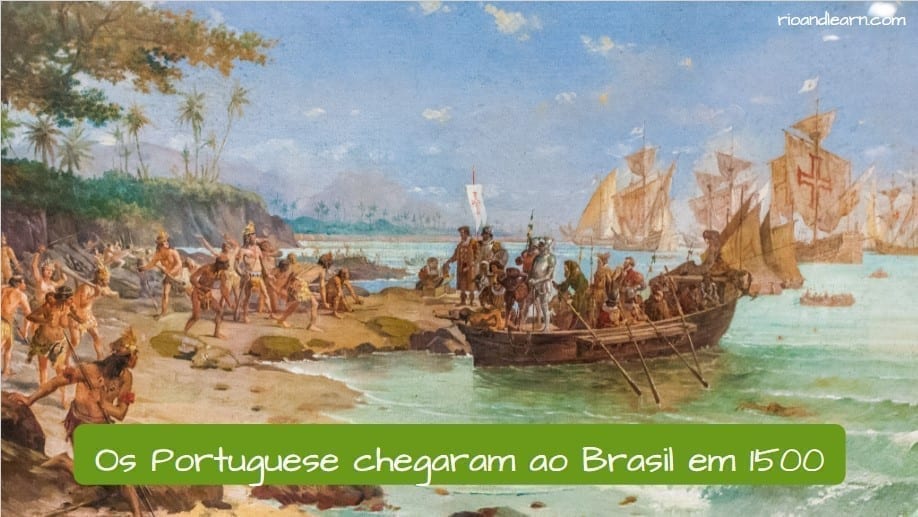 Let’s Talk about Who Discovered Brazil and When

Ah! The 15th and 16th century! The Era of Great Navigations! The Age of Discovery! That is when the Portuguese found themselves on the shores of Brazil for the first time. But that begs the question… Who discovered Brazil? And when exactly did Brazil’s discovery happen? Surprise, surprise! You may already have part of the answer – after all, today is Brazil Discovery Day.

The Man Who Discovered Brazil

Naturally, when we talk about who put Brazil on the map, we cannot simply say it was the job of a single man. But if there’s one thing all Brazilians remember from middle school it is this name: Pedro Álvares Cabral – the man who discovered Brazil for Portugal.

Cabral was a diplomat on his way to India. Back then Portugal believed they could circumnavigate the globe and get to Asia by just sailing West. Cabral landed in Porto Seguro, Bahia, in April 22nd 1500. Therefore, April 22nd would become Brazil Discovery Day. That’s what we like to tell children at least. However, the official history is very different.

The Actual Portuguese Discovery of Brazil

Historical evidence suggests that, in fact, Brazil was discovered by Duarte Pacheco Pereira in a secret mission ordered by King Manuel of Portugal. Pereira’s goal was simple: discover what lies beyond the imaginary line defined by the Treaty of Tordesillas. This treaty was signed between Spain and Portugal as a way of dividing any territory that could be discovered in this part of the world. Writings of Pereira about his trip to Brazil (notably, Amazonas and Pará) only came out in 1505. But they certainly indicate that Brazil was discovered in 1498 and not 1500. So April 22nd is Brazil Discovery Day? Not quite.

Despite knowing of Brazil’s existence beforehand, Portugal’s official discovery and eventual conquest of Brazil only took place in the 1500s. They initially met the tupinambá Indians – which were just some of the estimated 5 million natives living in Brazil at the time. You’d be more likely to learn tupi than learn Portuguese in Brazil then.

And the Indians sure had a hard time dealing with the newcomers. They lost their territory and died from European diseases. Not to mention the fact that the Portuguese enslaved Native Americans for centuries. You can read more about Indians in Brazil in this Dica.

Portugal had two main goals. The first one was to establish settlements and the second was to explore the land. They were able to monopolize the trade of Pau-Brasil, a local tree found in states such as Bahia, Pernambuco and Rio de Janeiro. That tree also later gave it’s name to our country. The Portuguese then divided the country into captaincies and Brazil became an official colony. It remained this way until 1822, when Dom Pedro I declared the independence of Brazil.

Well, folks! Now you know more about the history of Brazil. If someone asks you who discovered Brazil, you know the answer! Both of them!

Hope to see you in our next Dica!
Tchauzinho!