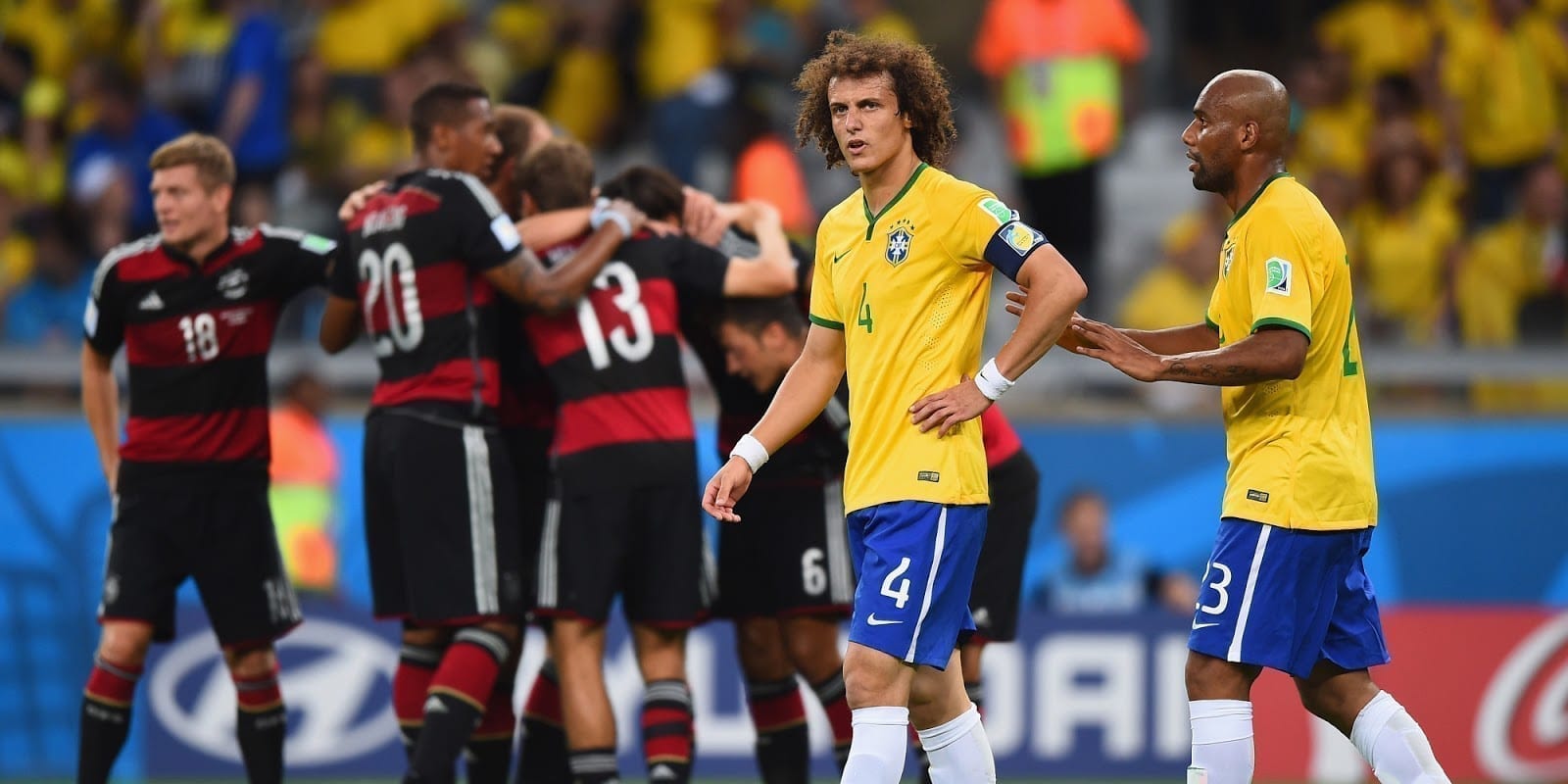 After a sixty-four year gap, Brazil was once again the World Cup host. This tournament had thirty-two teams and twelve cities received matches with the finals in Rio de Janeiro at the Maracanã Stadium. After such a long time waiting, Brazilians were really excited and anxious about this tournament. Many people considered this World Cup as a second chance to erase the memory of the 1950 World Cup, the famous Maracanazo.

Brazil breezed through the group phase without any problems, the team passed in first place with two wins and one draw. Also winning against Chile in the round of 16 and Colombia in the quarter-finals, Brazil faced Germany in the semi-finals. The same Germany who played and lost against Brazil in the 2002 Word Cup. Because of that, a lot of people were very confident about this match.

As mentioned before, people were really confident about this game because Brazil won the last championship match they played against Germany and also because the Brazil Team would be playing at home. But it was a different story, in addition to not having its biggest star, Neymar who had been injured, the Brazilian Team couldn’t manage to play the game. After the first German goal, the team seemed totally lost and then a tragedy came along. Let’s see a video with the goals of this match:

You can imagine how sad everybody was after this match. Many people call it Mineiraço, because of the name of the stadium (Mineirão) and also comparing it to the Maracanazo in 1950. After this match many people realized that Brazilian football needed to change and that match was a huge trauma to overcome, going down in history as the largest and maybe the most tragic defeat for the Brazilian Team.

Alright, guys? We learned more about this sad episode of defeat, the 7 – 1 of the Brazilian Team against Germany.

See you next time.
Hugs from Rio de Janeiro.