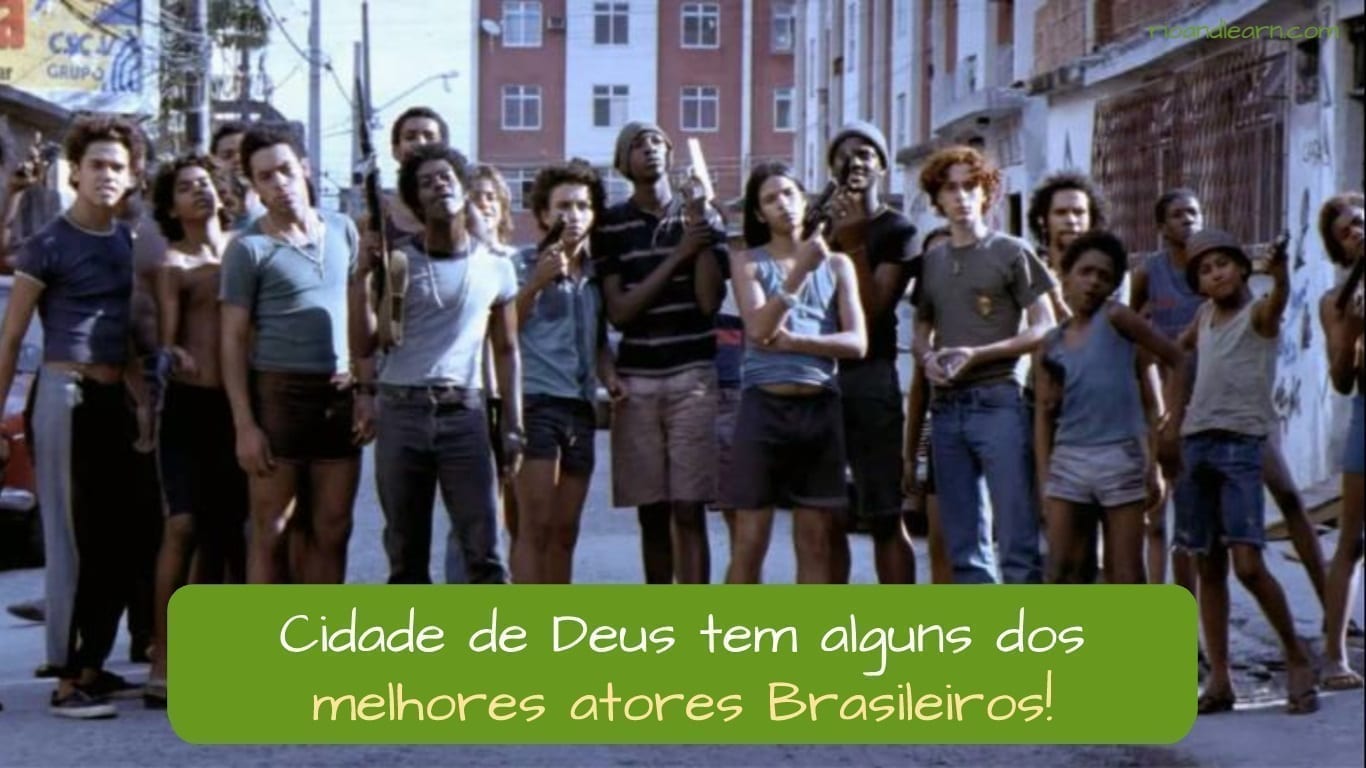 Good morning, galera! Do you like movies or soap operas? Well, Brazil is constantly growing on that subject, so let’s find out about the Best Brazilian Actors in the history of Brazilian television in our list for today’s Dica! 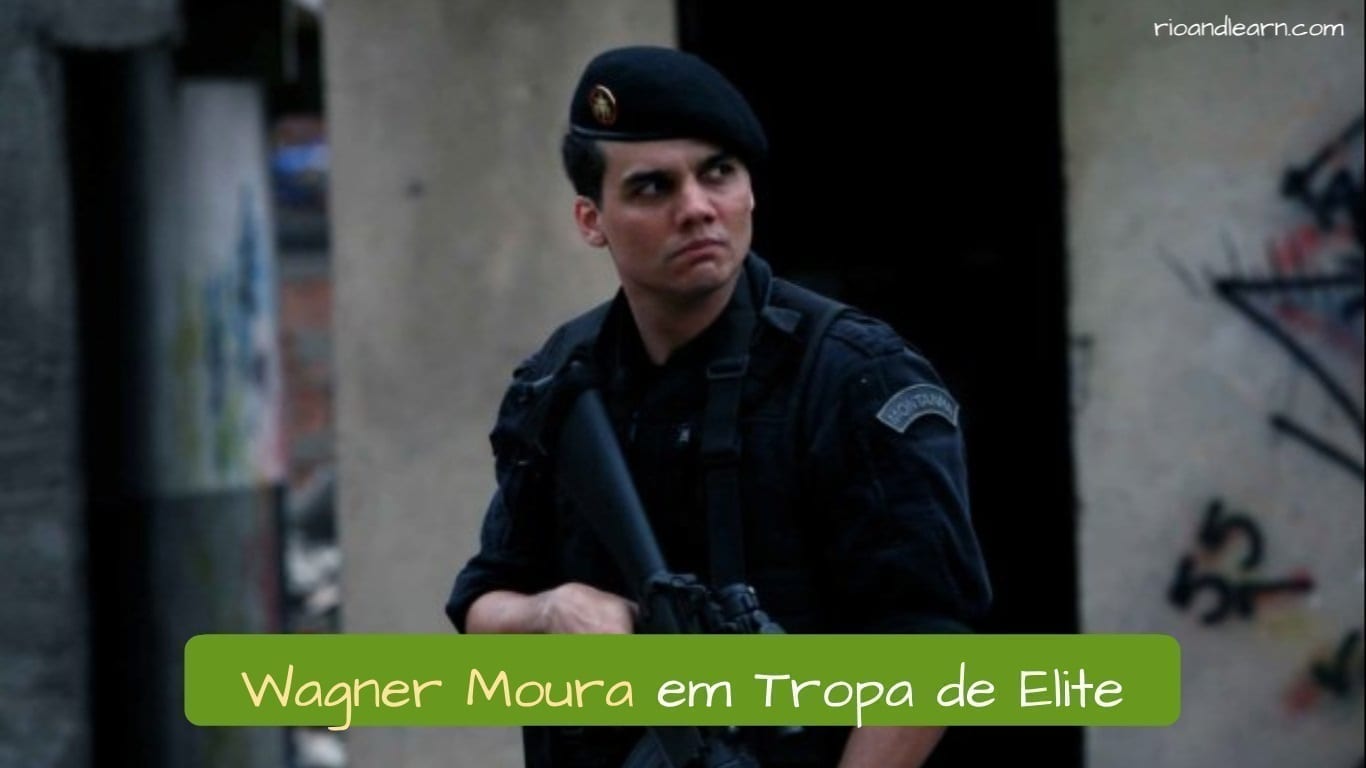 Wagner Maniçoba de Moura is 42 years old.  You probably know this name or you’ve seen his face somewhere. Wagner is famous for his roles in lots of movies, such as Captain Nascimento in the Brazilian movie Tropa de Elite (Elite Squad), TV shows and for his international career, earning him the role of drug lord Pablo Escobar in Netflix TV Show Narcos, and he’s currently one of the best brazilian actors. 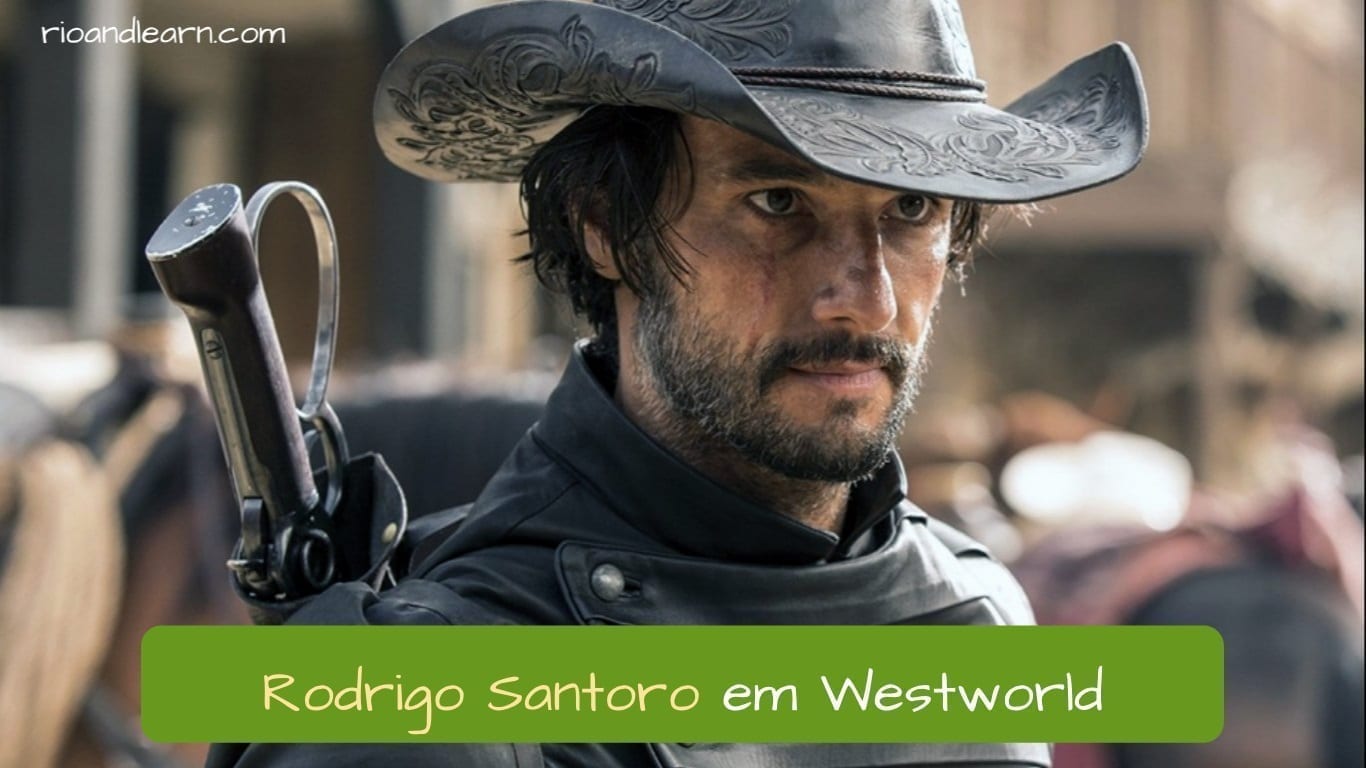 Rodrigo Junqueira dos Reis Santoro is 42 years old and he was one of the first Brazilian actors to consolidate an international career, debuting in As Panteras (Charlie’s Angels) as that silent yet gorgeous antagonist, and later as Xerxes in 300, and it’s currently starring in HBO’s Westworld. Santoro is probably the biggest Brazilian name out there. 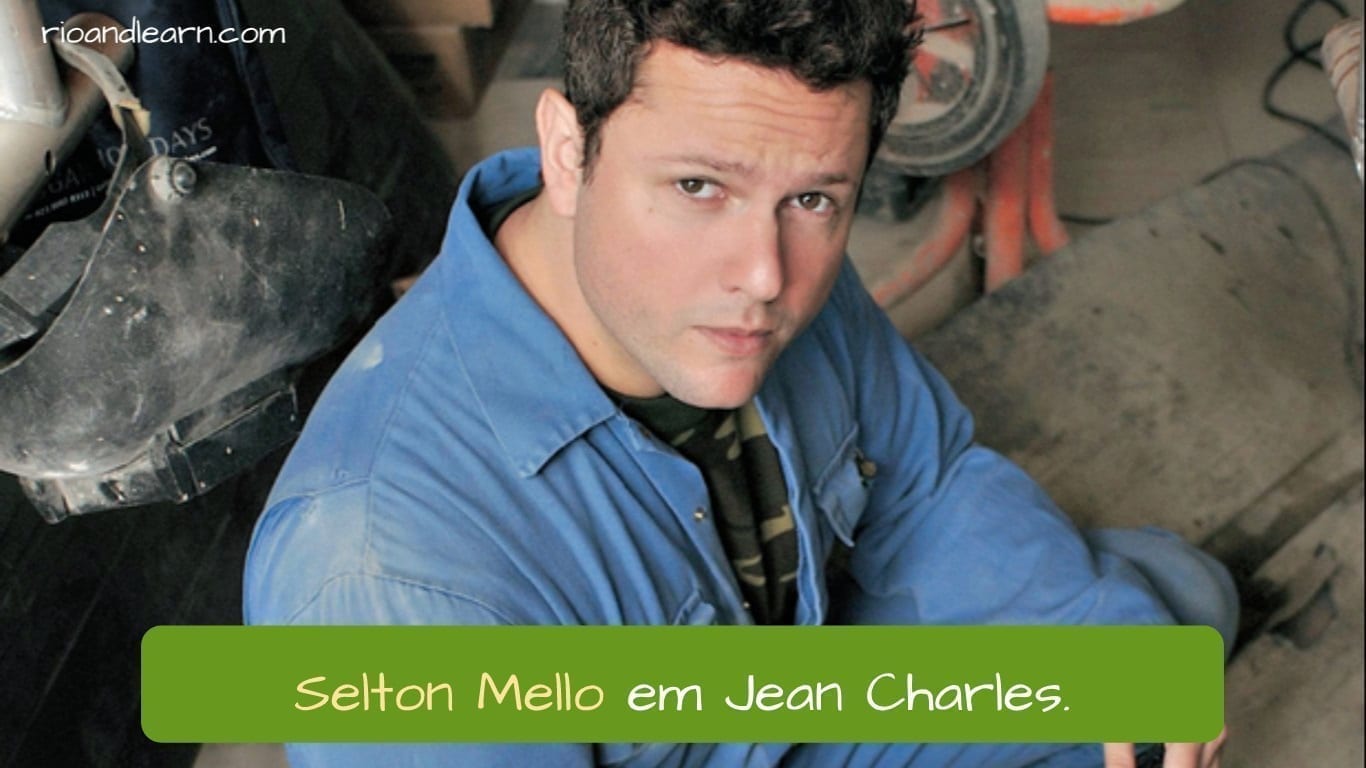 Selton Figueiredo Melo is 45 years old and a Brazilian movie actor and director. He stars in some of the greatest Brazilian cult movies and is a reference in the movie industry.
Selton took the role of Jean Charles in one his movies, the Brazilian who was shot dead by British police at the height of London’s terrorist alerts in 2005. 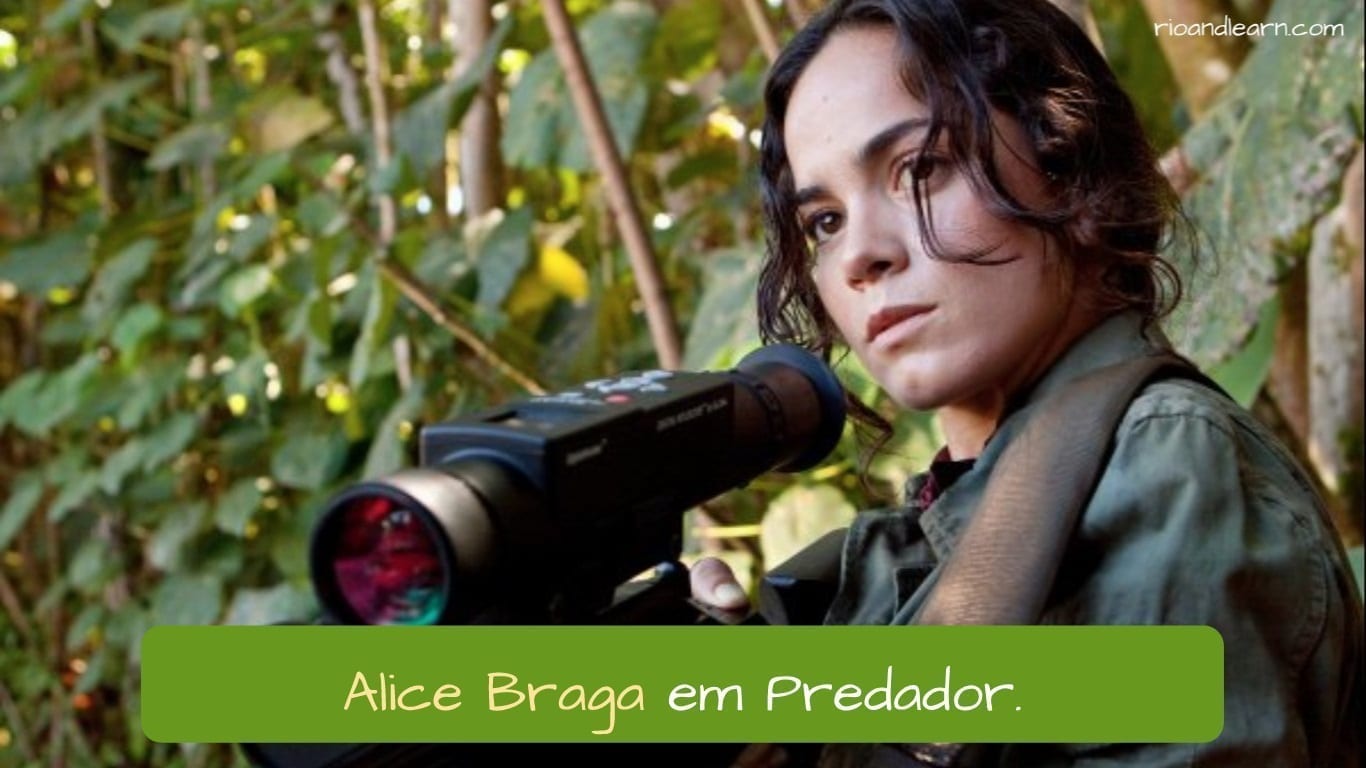 Alice Braga Moraes is 35 years old and a Brazilian actress. Her reveal happened in one of Brazil’s greatest movies, Cidade de Deus (City of God), in the role of Angélica. After that, Alice made her career in Hollywood, appearing in big movies such as Eu sou a Lenda (I am Legend), Elysium, Repo-men and many others, including the TV show Queen of the South.

Sônia Maria Campos Braga is 68 years old and a Brazilian-american actress, and as you can see the resemblance, Alice’s aunt. She was a big name in TV and cinema last decades and she’s still very regarded for her Golden Globe Awards nominations for O Beijo da Mulher Aranha (Kiss of the Spider Woman,1985) and Luar Sobre Parador (Moon Over Parador,1988)

Luís Lázaro Sacramento Ramos is 39 years old and a Brazilian actor and writer, not so famous outside Brazil but he’s one of its biggest names. He’s married to another incredible Brazilian actress called Taís Araújo and starred in great movies such as Ó Paí ó and in many Soap Operas. 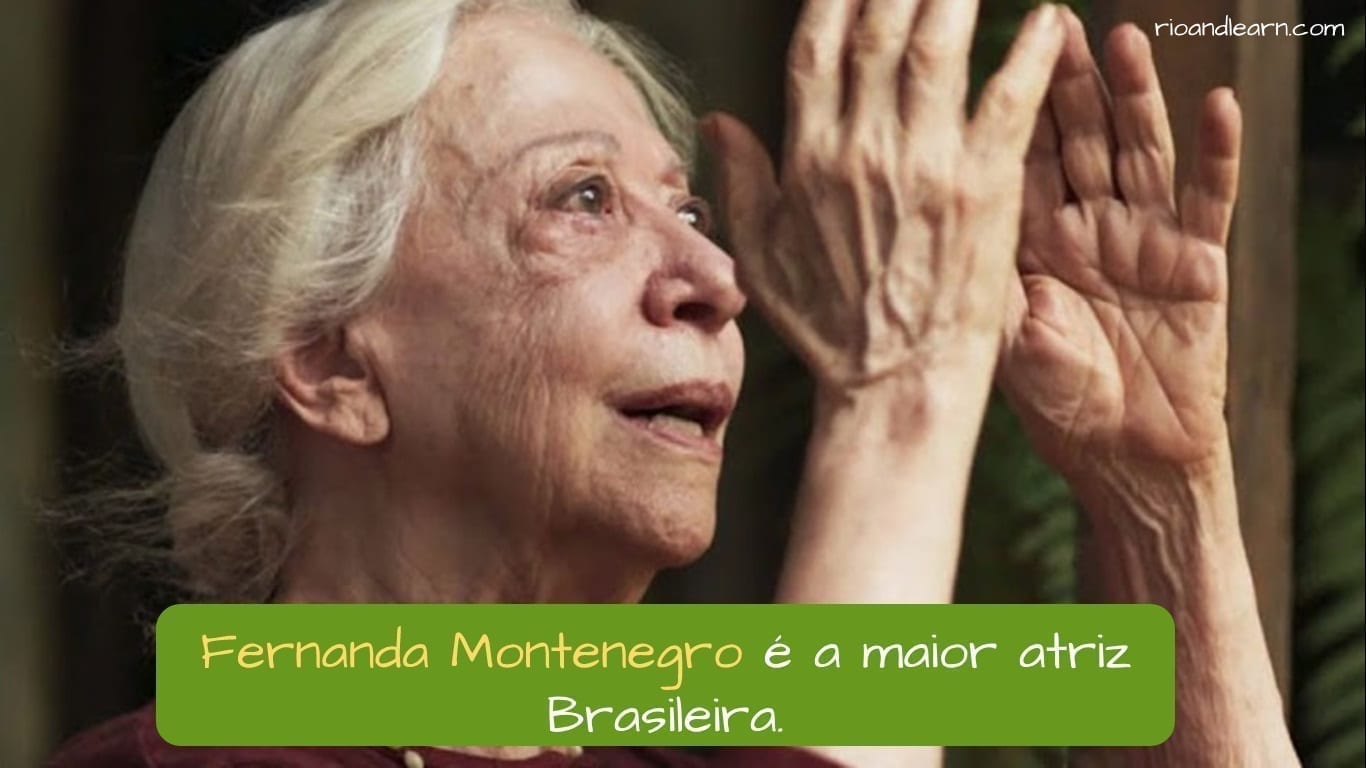 Arlette Pinheiro Esteves, called by her artistic name Fernanda Montenegro is 88 years old and a Brazilian actress considered by many the best of them all. She’s often referred to as the great lady of Brazilian dramaturgy. She was the first Latin American and still the only Brazilian to be nominated for an Academy Awards for Best Actress and the only to ever be nominated for an Oscar for a performance in Portuguese language for her role in Central do Brasil (Central Station), not only that she was the first Brazilian to win the International Emmy of Best Actress for Doce de Mãe (Sweet Mother)

Antônio Fagundes da Silva Filho is 69 years old and a Brazilian actor renowned by his great roles in Brazilian television and theater, mostly Soap Operas.
Antônio was a great star, even more to women in Brazil, that couldn’t see him without sighing. His most famous role was in O Rei do Gado. 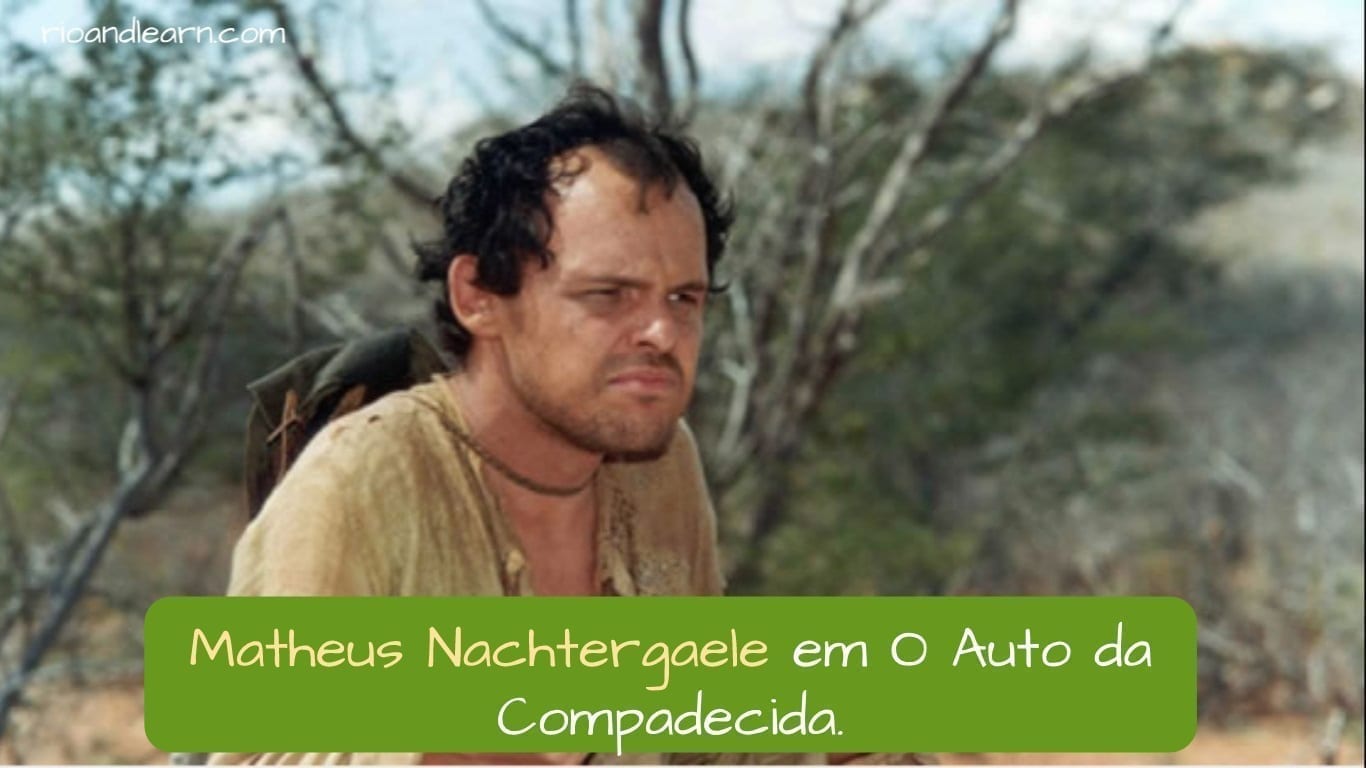 Matheus Nachtergaele is 49 years old and a Brazilian actor famous for his roles in City of God and O Auto da Compadecida (A Dog’s Will), with Selton Mello. Matheus is big on comedy and made his directorial debut in 2008 with A Festa da Menina Morta (The Dead Girl’s Feast)

So, we talked about the Best Brazilian Actors, right? But there are those names that may not be so well regarded but are still well known in Brazil and around the world. We’re talking about talented names that somehow caught our attention.

Leandro Firmino is 40 years old and is best known for his role as Lil’ Zé in Brazilian super movie, City of God. Leandro doesn’t have such a big name in Brazil but everyone knows his iconic quote: 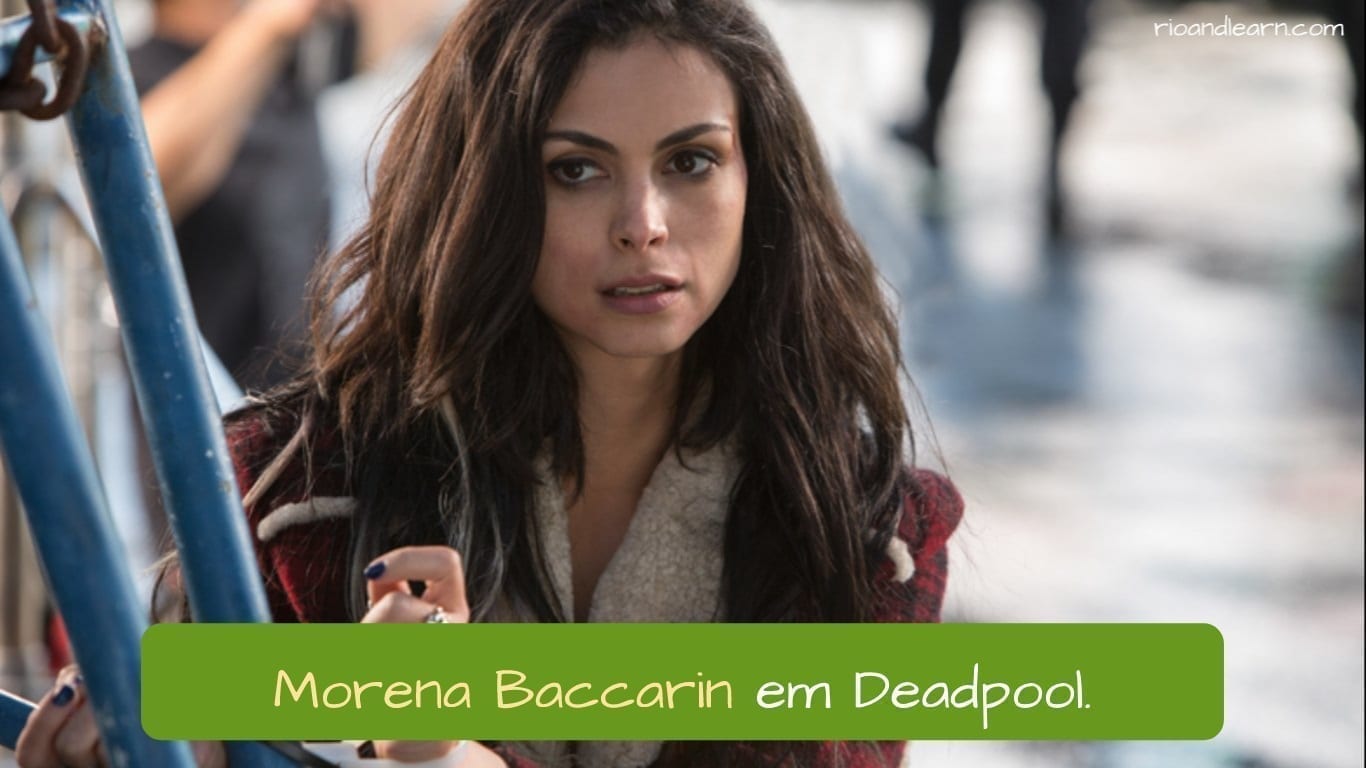 Morena Silva de Vaz Setta Baccarin is 39 and an actress and not many may know about this one, but she’s Brazilian actually! Straight from Rio de Janeiro, Morena starred in great movies and TV shows such as Serenity and V, and most recently as Deadpool‘s romantic affair in the movie of the same name. 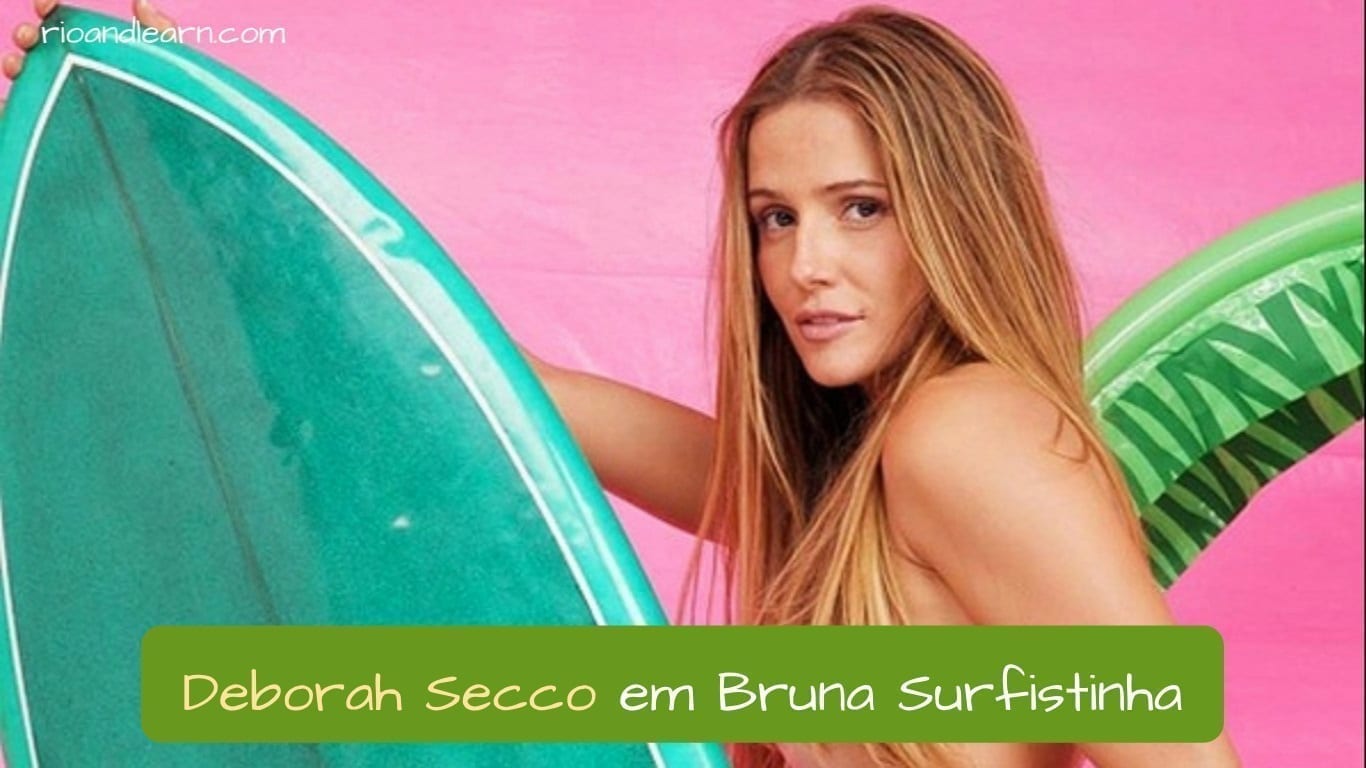 Deborah Fialho Secco Moura is 38 and a Brazilian actress famous for her role in Bruna Surfistinha, a true story about a prostitute’s life. But before that she already had a great career in Brazilian Soap Operas. 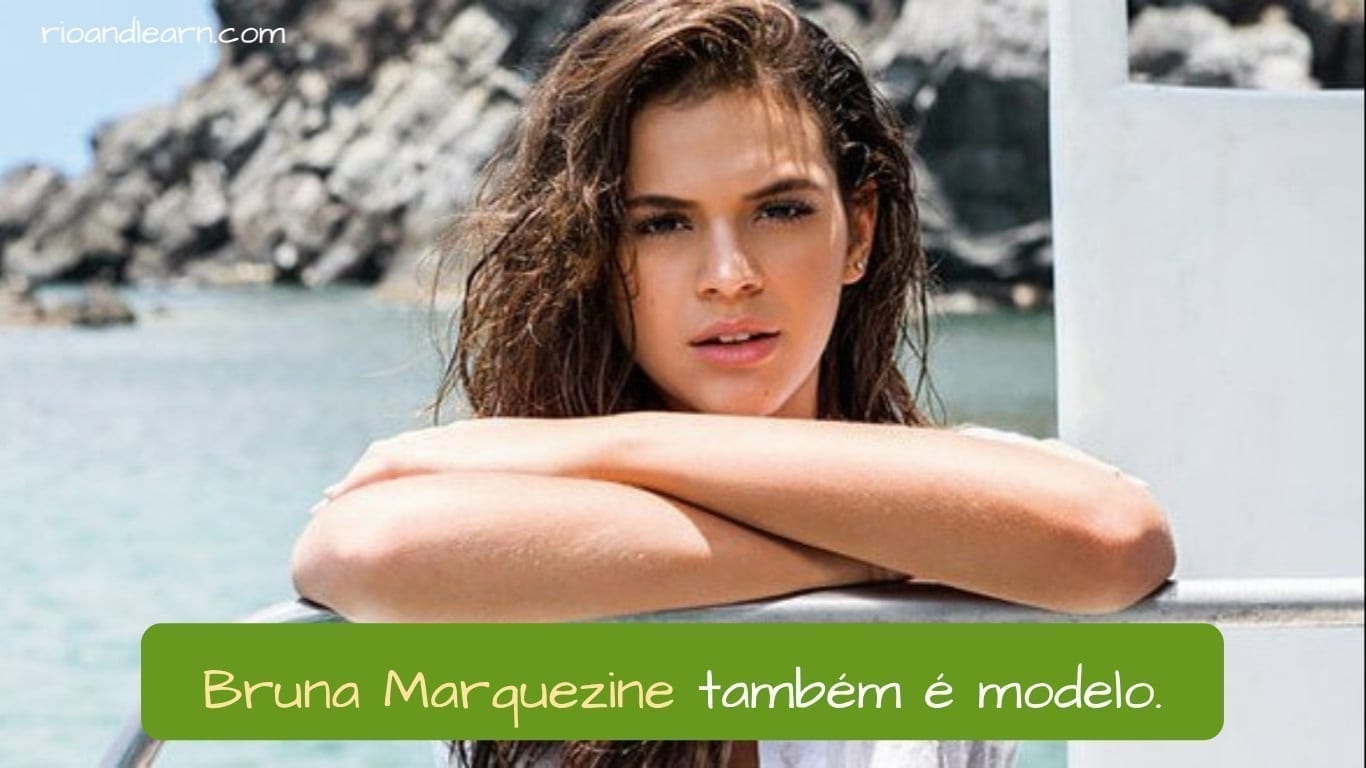 Bruna Reis Maia is 22 years old and a Brazilian actress and model, not so famous for her work but for one particular reason: she’s the girlfriend of Brazilian football superstar Neymar. But since she was a child she stars in Soap Operas. 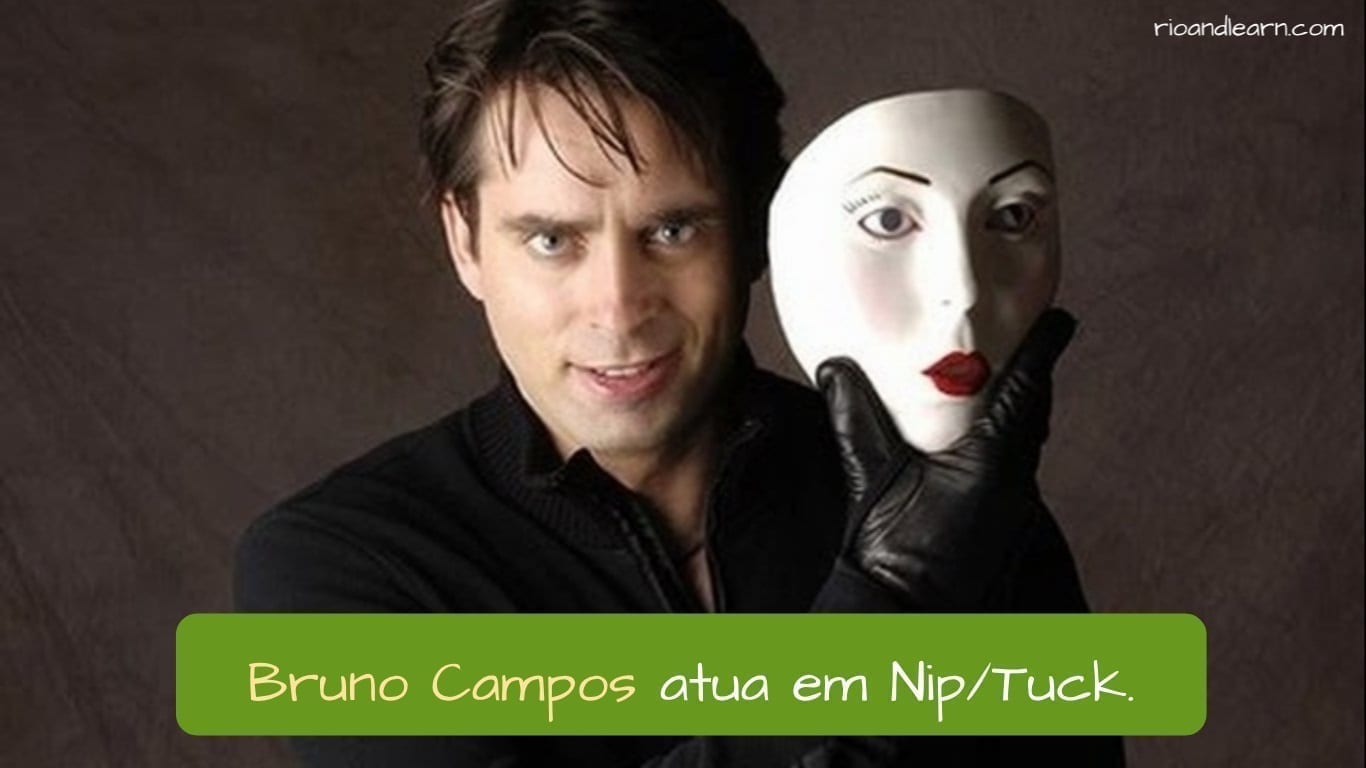 Bruno Campos is 44 years old and a Brazilian-born American actor and made a big name for himself starring in Nip/Tuck in the role of Dr. Quentin Costa, and voices Prince Naveen in Disney’s The Princess and the Frog.

That’s it, galera! Do take a moment to watch these great movies with the Best Brazilian Actors and immerse yourself in Brazilian dramaturgy. Tchau tchau and see you next Dica here at Rio & Learn!