Hi, amigos! What’s up? Our Dica today will list the best Brazilian movies for you to watch and learn Portuguese while having fun!
So, grab some popcorn and take a look at what we have prepared for you! 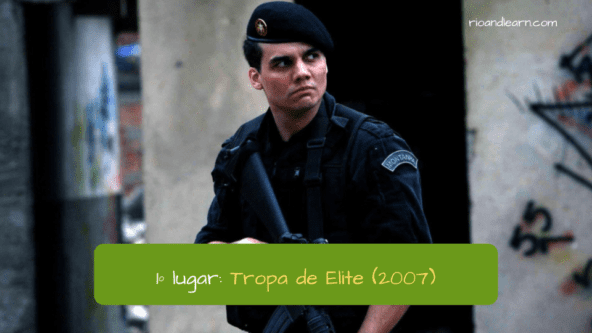 Tropa de Elite (Elite Squad) is definitely in the top 10 Brazilian movies. It talks about the daily routine of a group of police officers from the BOPE and the story of Captain Nascimento (Wagner Moura). The officers have to combat the illegal drug trafficking in Morro do Turano, while trying to survive the risks of the profession. 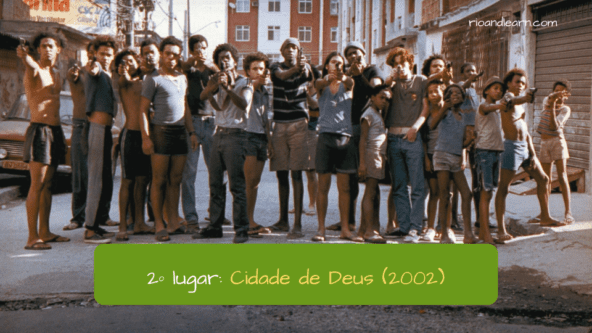 In Cidade de Deus (City of God) is one of the best Brazilian movies ever. In it the young Buscapé (Alexandre Rodrigues) lives in a world full of violence and friends that prefer to go down the dangerous route of drugs. Buscapé tries to change his future by betting on his talent as a photographer. Through photography he is able to analyze the world in which he lives and realize how difficult life can be.

The Brazil movie Meu Nome não é Johnny (My name is not Johnny) depicts the life of João Guilherme Estrella (Selton Mello), a middle class man from Rio. João ends up involved in the world of drugs and becomes one of the biggest dealers in Brazil. This ends up leading him into prison in 1995. The movie is based on a true story. O Auto da Compadecida (A Dog’s Will) shows the life of the nordestinos João Grilo (Matheus Nachtergaele) and Chicó (Selton Mello). João is a very poor sertanejo who always lies. However, Chicó is seen as the most cowardly man on earth. They try to fool people to make money, but their lives change when Nossa Senhora shows up.

Bicho de Sete Cabeças (Brainstorm) talks about the life of Neto (Rodrigo Santoro). He is a young man who goes through terrible experiences when his father Wilson (Othon Bastos) finds a marijuana cigarette in his coat pocket and sends him to an asylum. The Brazilian movie focuses on the conflicts that the family has and on the absence of understanding between Neto and his parents. 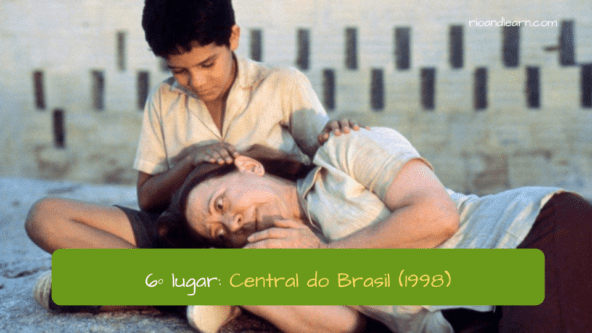 In Central do Brasil (Central Station), Dora (Fernanda Montenegro) is a retired teacher who works writing letters for illiterate people at Central do Brasil, Rio. Dora meets a boy named Josué (Vinícius de Oliveira), who lost his mother in a car accident. She tries to help him survive in a big city, despite the risks of a being in country full of violence and susceptible to the illegal drugs trade. 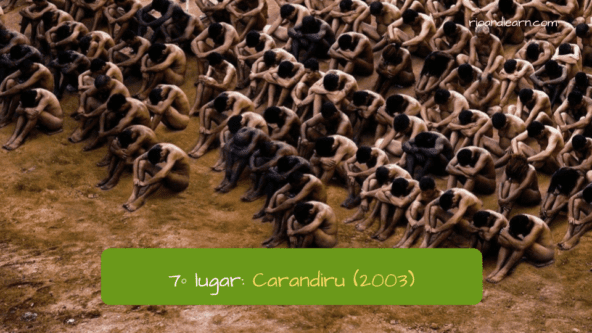 Carandiru shows the reality of the people who lived in one of the biggest prisons in São Paulo. It also shows one doctor’s (Luiz Carlos Vasconcelos) experience of AIDS prevention inside the prison, witnessing violence, overcrowded cells and several other issues of an inept system.

In Ônibus 174 (Bus 174) it is possible to see the kidnapping that shocked Brazil on June 12th in the year of 2000. The kidnapper held all passengers of an ônibus numbered 174 as hostages in Zona Sul, Rio de Janeiro. The Brazil movie talks about the kidnapper’s life leading up to the final act. The movie uses actual footage from the day of the incident.

Cidade dos Homens (City of Men) is a Brazil movie that tells the story of two friends, Laranjinha (Darlan Cunha) and Acerola (Douglas Silva). Both of them live in Morro da Sinuca and face many challenges: paternity, abandonment by their own parents, violence in the favelas and living in a place dominated by drug trafficking and civil war, to name a few.

The Brazil movie Se eu Fosse Você (If I were You) talks about the life of a couple who is always arguing. In the middle of one of their arguments, they swap bodies. Together, they have to take on each other’s lives and responsibilities. And it will be then and only then that they learn how to understand each other’s perception of life.

Besouro (The Assailant): Important Brazilian movie to learn about candomblé’s culture in Brazil.

Lisbela e o Prisioneiro (Lisbela and the prisioner): Get to know more about the culture of the Nordeste and their accents.

O homem que copiava (The man who copied): Get in touch with the accents of the south of Brazil and learn about the contrast between the poor and the rich in this region.

Tempos de paz (Peacetime): Learn more about the immigration in Brazil and vocabulary of past and future tenses.

Caramuru: A invenção do Brasil (Caramuru: The invention of Brazil): Go back in the past and see with your own eyes the history of the discovery of Brazil.

Lula, o filho do Brasil (Lula, son of Brazil): This Brazilian movie will show you the history of one of the most loved presidents of Brazil, Lula, and you’ll learn political vocabulary in Portuguese.

Era uma vez… (Once upon a time in Rio): In this movie you can see the clear contrast between the rich and the poor people in the city of Rio de Janeiro. It’s an opportunity to experience the city from afar.

O homem do futuro (The man from the future):  A funny story with easy to understand Portuguese.

Capitães da Areia (Captains of the Sands):  One of the best Brazilian movies because it was inspired by Jorge Amado’s book. You can learn about the life of poor boys in Bahia.

So, we hope you have fun and learn a lot of Portuguese watching the top 10 Brazilian movies!

See you in our next Dica!
Hugs from Rio & Learn.