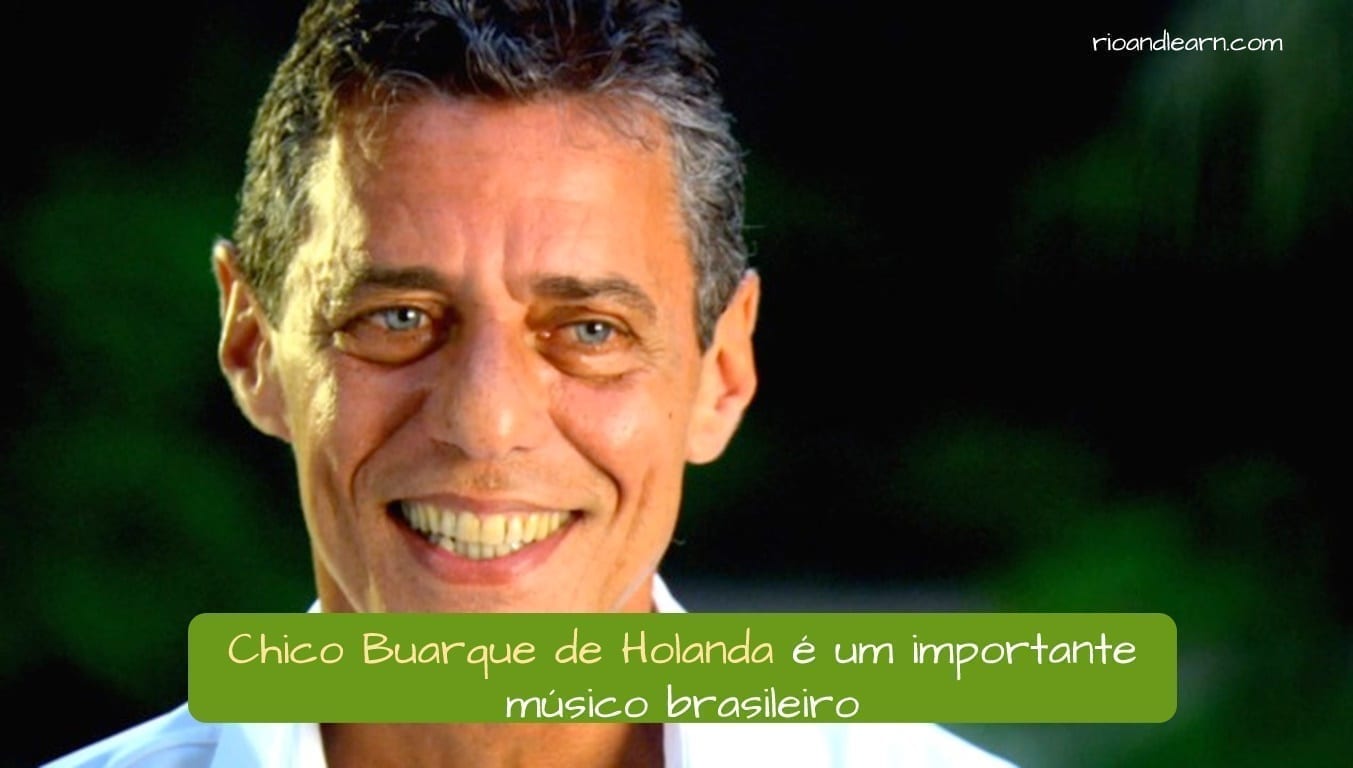 What’s up, guys! Smooth?
On our Dica today we are going to learn about a great icon of Brazilian music. Do you know who is Chico Buarque?
Francisco Buarque de Holanda, known as Chico Buarque, was born in Rio de Janeiro, on July 19th, 1944.

Who is Chico Buarque

Son of Sérgio Buarque de Holanda and Maria Amélia Cesário Alvim, the Brazilian musician, playwright and writer is also known for being one of the greatest names in Brazilian music.

Chico Buarque released his first album in 1966, winning the Festival da Música Popular Brasileira (Popular Brazilian Music Festival), with the song A banda. Chico Buarque exiled himself in Italy in 1969 because of the growing of the military repression in Brazil called Anos de Chumbo (Years of Lead). When returning to Brazil, in 1970, he became on the most active artists in political criticism and the fight for re-democratization in Brazil.

Chico Buarque stood out in his literature carrier by winning three Jabuti Awards: the best romance, in 1992 with the book Estorvo and Book of the Year Award, for the books Budapest, from 2004 and Leite Derramado, from 2010.

Among many hits of Chico Buarque, Cálice, Apesar de Você and Construção stand out.

We made a list of the top 10 songs of Chico Buarque for you to know:

That’s it guys!
We have just learned more about who is Chico Buarque, a great icon in Brazil and a beloved Brazilian singer.
Have you listened to any of his songs?

See you on our next Dica!
A huge hug from Rio de Janeiro!