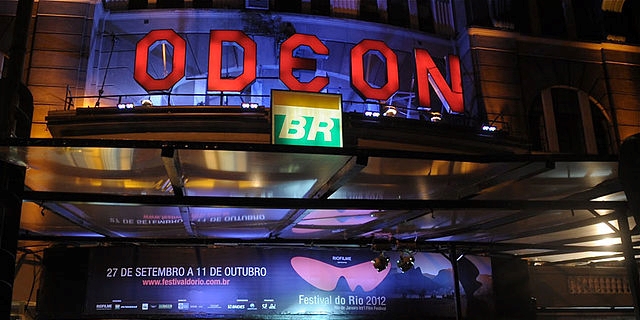 Good morning, galera! Do you like TV shows, movies or soap operas? Most people don’t know it, but Brazil is very famous for its soap operas and some incredibly good movies. And it doesn’t matter if you don’t watch a lot of TV anymore as almost all the streaming networks now have something Brazilian for you to watch! So, today, let’s take a look at some Brazilian actors and what they are famous for! Perhaps you might know some of them. We even have on this list an Oscar-nominated Brazilian actress! Can you guess who she is?

Wagner Maniçoba de Moura, most known as simply Wagner Moura is the first on this list for a good reason! You probably know this name or you’ve seen his face somewhere. Wagner is famous for lots of movies, such as the Brazilian movie Elite Squad. His TV shows and his international career are also very well established.

His most notorious international role was as the drug lord Pablo Escobar in Narcos, a Netflix show. He was so good in this role that he received a Golden Globe nomination! He is also famous for directing movies and TV shows.

Santoro is probably the biggest Brazilian name out there! His full name is Rodrigo Junqueira dos Reis Santoro, but we call him Rodrigo Santoro. He was one of the first Brazilian actors to consolidate an international career.

He debuted in Charlie’s Angels as that silent yet gorgeous antagonist. Later, as Xerxes in 300, which was a hit and really elevated his career. His last work was in the HBO hit, Westworld. Besides being handsome, he is also talented! 😉

Curiosity: In the animation Rio, Santoro dubbed the English and the Portuguese voices of the same character!

Selton Figueiredo Mello, known as Selton Mello, is a Brazilian actor and director. He stars in some of the greatest Brazilian cult movies. Selton is also a reference in the Brazilian movie industry.

Selton took the role of Jean Charles in one of his movies. The British police were responsible for shooting Jean at the height of London’s terrorist alerts in 2005.

Beyond that, he participated in movies that are some of the best in Brazilian cinematography. Movies like: Lisbela and the Prisoner, A Dog’s Will and Drained.

Luís Lázaro Sacramento Ramos, our dear Lázaro Ramos, is a Brazilian actor and writer. He might not be so famous outside of Brazil, but he’s one of the greatest names here. He’s married to another incredible Brazilian actress called Taís Araújo.

He starred in highly acclaimed movies, some with high social criticism, such as Madame Satã and Carandiru. He also took part in many soap operas through the years!

In 2007, the 35th International Emmy Awards nominated him as Best Actor for his role in Cobras & Lagartos, a very famous soap opera which his wife also starred.

Do you want to talk about an exceptional actor? This one for sure is Matheus Nachtergaele. This Brazilian actor is famous for his roles in City of God and A Dog’s Will, which he starred with Selton Mello.

He made his directorial debut in 2008 with The Dead Girl’s Feast. This movie brought him two awards in the Chicago International Film Festival, as Best Director and New Directors Competition.

Matheus is big in the theaters and has acted in more than 7 plays during his life as an actor. He also lives in a very famous city in Brazil, Tiradentes!

Alice Braga Moraes is our talented Alice Braga! Her debut happened in one of Brazil’s greatest movies, City of God, playing the role of Angélica. That was the chance for Alice to make her career in Hollywood!

After that, it was just hit after hit! She starred in many blockbuster movies such as Predators, The Rite, Elysium, The Shack, Soul, and The Suicide Squad. She was even the protagonist in Queen of the South, a TV show that lasted for five whole seasons!

She is the niece of another great and talented Brazilian actress, Sônia Braga.

Sônia Braga is a Brazilian-american actress, and one of the biggest Brazilian names in Hollywood. She starred in many famous movies such as Bacurau, Kiss of the Spider Woman and Dona Flor and Her Two Husbands.

As for TV shows, she participated in many hits like Sex and the City, Law & Order, CSI: Miami, Alias, Ghost Whisperer and even in the Marvel Universe, in Luke Cage series.

Curiosity: Braga was the first Brazilian to present a category at the Oscars.

Marieta Severo is a Brazilian stage, film and television actress. And believe me, if she isn’t playing the overprotective motherly figure, she is playing one of those hardcore villains! She participated in the longest Brazilian sitcom to ever be aired, that lasted for 13 years, A Grande Família.

She has already starred in around 20 soap operas during her career (take into account that each soap opera in Brazil lasts for a whole year!). She was also married to the famous singer Chico Buarque. Nowadays, she owns a considered off-Broadway theater with her friend and also actress, Andréa Beltrão.

She was born in Rio de Janeiro, daughter of the Oscar-nominated actress Fernanda Montenegro and actor Fernando Torres. She acted in many nice television shows, but her best known hit was probably Os Normais, a show about a regular couple and their problems.

Nowadays, Fernanda is dedicating herself more to her books. She published The End in 2013, and A Glória e seu Cortejo de Horrores in 2017.

Arlette Pinheiro Esteves is the name, but you might know her as Fernanda Montenegro. This Brazilian actress is the best of them all. She’s referred to as “the great lady of Brazilian dramaturgy”.

Fernanda was the first Latin American and still is the only Brazilian to be nominated for an Oscar. The category was for Best Actress for her role in Central Station. This makes her the only one to ever get nominated in a main category of an Oscar in a Portuguese language movie. She was also the first Brazilian to win the International Emmy for Best Actress. We simply love this woman!

Bruna Reis Maia, or as she is called in TV, Bruna Marquezine, is a Brazilian actress and model, not so famous yet for her work, but for one particular reason: she used to be the girlfriend of Brazilian football superstar Neymar. But in Brazil, she is almost a certain actress in most soap operas during the year.

But you will be overloaded by Bruna Marquezine from now on: she was chosen to be part of the DC Cinematic Universe. Bruna was cast for one of the DC’s new super-hero movies: Blue Beetle. She will be one of the protagonists, the super-hero girlfriend who has a big impact on the story.

Ok, now look at this name: Camila Carraro Mendes. This sounds Brazilian, right? Well, it’s kind of! Camila Mendes is the famous Riverdale actress, but she is also half-Brazilian. She is the daughter of a Brazilian couple that used to live in Virginia, USA.

The big debut as Veronica in the Riverdale series shoots our Camila to the stars! Since that, she has acted in other Netflix movies, like Dangerous Lies and The Perfect Date. Camila is such a Brazilian at heart, that she likes to call herself “café com leite” (coffee with milk), referring to the mix in the ethnicities of her family.

I know what you are thinking. And no, this is not a mistake at all! 😀 Alfred Enoch, the nostalgic Dean Thomas from the Harry Potter series is actually half-Brazilian as well!

He is the son of a British father and a Brazilian mother. He has a seriously incredible acting background: Alfred starred in the awarded Sherlock (BBC) series, all the Harry Potter movies and recently in the hit show How to Get Away With Murder, as a leading character.

Alfred is also part of the Brazilian movie Medida Provisória that will be released in 2022.

Morena Silva de Vaz Setta Baccarin, or simply Morena Baccarin, is actually full on Brazilian! Straight from Rio de Janeiro, Morena starred in TV shows such as Serenity, V and Homeland as one of the protagonists. Most recently, she was Deadpool’s romantic affair partner in the movies from Marvel.

She was just six months old, when she first appeared on TV. She was the baby Jesus on a TV special, and her own mother played Mary. Morena was raised in the backstages from theaters, observing her mother acting. That is why, barely having reached 17 years of age, she had already decided to be an actress!

Kaya Rose Scodelario-Davis might not sound a super-duper Brazilian name. But let me tell you a secret: Kaya Scodelario, is the daughter of a Brazilian woman born in Itu, São Paulo. And let me tell you another interesting thing: Kaya can speak perfect Brazilian Portuguese, even with a countryside accent from São Paulo!

Her biggest role was in the British television show, Skins, that to this day is considered one of the most realistic TV shows about younglings in Britain. She was also the co-star of the hit Maze Runner, the juvenile film about teenagers trapped in a maze.

That’s it, galera! Do take a moment to watch these great movies with the Best Brazilian Actors and Actresses we have to offer! Immerse yourself in Brazilian dramaturgy and learn Portuguese!

Tchau tchau and see you next Dica!