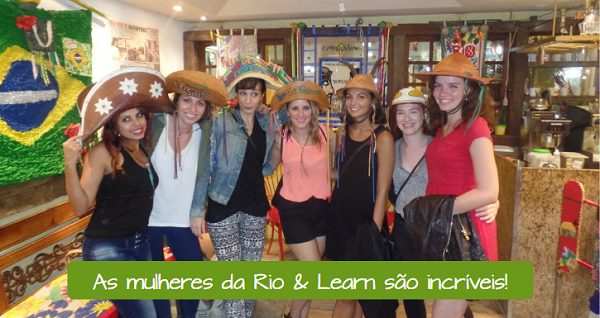 Hey everyone! Feeling alright? Good! Because today is a very special date, you know? It’s International Women’s Day in Brazil! But what does that mean to Brazilians? What does mulher poderosa mean? And who are some of the most iconic women in Brazil? In today’s Dica do Dia, we’re going to talk about all of that. Let’s check it out!

The History Behind March 8th

On March 25, 1911 a fire broke out at a textile factory in New York City. Approximately 120 women (and another 20 men) working at Triangle Shirtwaist Company were killed.  And what’s so shocking about this incident? Well, at the time of the fire, the doors to the factory were locked. That was a common practice of the owners in the hopes of avoiding riots. This news naturally led to a riot of its own. Not to mention the substandard safety conditions where the factory women lived.

Despite this catastrophe, the motivation that actually led women of various countries to protest for better rights happened prior. In May 1908 in the United States, about 1500 women staged a demonstration with the goal of fighting for economic and political equality in the country. Women continued to fight throughout the following years, through strikes, protests, and rallies. Eventually, they gained the right to vote, better quality of life, and better wages. Finally in 1977, thanks to the United Nations, March 8th became an internationally celebrated holiday — Women’s Day.

The Women’s Rights Movement in Brazil

Naturally, Brazilian women have gone through hurdles of their own as well. And for many women still, Women’s Day in Brazil is about fighting for their rights. Be it with strikes and protests, or by remembering some of what we have accomplished and have yet to accomplish in terms of equality. So now let’s take a look at some iconic moments in our history.

Getúlio Vargas (dictator of Brazil from 1930-1945, president from 1951-1954) is often credited as the one who gave women the right to vote in Brazil — the first country in Latin America to do so. Unfortunately, things aren’t so crystal clear. Back then women could only vote if they had the permission of their fathers or spouses. Or at the very least they had to be financially independent — a bit of a hard thing to do in the 1930s. It was only with the dictatorship in 1965 that women and men’s voting rights became equal in the country. But there wouldn’t be any democratic elections for another 20 years. So, women had to wait until 1985 in order to finally vote freely as equals.

Created in 2006, this law aimed to fight domestic violence against women. Its name honors Maria da Penha Fernandes. Her ex-husband attempted to murder her several times for 23 years. Despite all of that, Maria did not give up the fight. She continued to seek justice for those who abuse women. Before this law, domestic violence was not often taken seriously by authorities. This resulted in many perpetrators walking free. Nowadays, however, women receive protection in such situations, and they’ve also earned the right to recover assets in case of marital disputes. Currently, the punishment for breaking the Maria da Penha Law is imprisonment for 3 months and up to 3 years.

The Mulheres Poderosas of Brazil

Even with everything that women have accomplished over the years, Brazil is far from the perfect place to be a woman. Yet over the years, Brazilians have come to respect and recognize a mulher poderosa when they see one. You may be asking: “What does that mean?” I’ll tell you: a mulher poderosa is, a strong-willed woman, someone unbending and determined. And since it’s Women’s Day in Brazil, why don’t we celebrate some of the mulheres poderosas of this country?

Naturally it takes more than one woman to free millions. But Princess Isabel, the last princess of Brazil, is forever remembered as the one who signed the Lei Áurea. That document declared the end of slavery in 1888 (very late, yes!). You can find it along with the pen Isabel used to sign it in the Imperial Museum — one of the many great places to visit in Rio. And if it hadn’t been for the military coup that instated the Republic in 1889, she would have become the first female ruler of Brazil.

Long before Princess Isabel could free anyone, former slaves were the ones freeing themselves. And that’s exactly the kind of woman who Dandara dos Palmares was. She was the wife of Zumbi dos Palmares, the most famous black person in Brazilian history. Together they helped slaves escape their masters to live in isolated communities called quilombos (which exist to this day!). Life in these communities wasn’t all that perfect. But Dandara and Zumbi certainly shook up the status quo of the time. To add to her awesomeness, Dandara even knew how to defend herself – she was skilled in capoeira and knew how to use weapons.

36th President of Brazil (2011-2016) — and the first female president — Dilma Rousseff is fit to join the ranks of mulher poderosa. Even though she was impeached and quite unpopular by the time she left office, her life story is that of a true mulher poderosa. She was an activist and fervently fought against the military dictatorship in Brazil (1964-1985). For that reason, she faced imprisonment and torture. Most Brazilians might not comment positively on her time as President. But they will certainly be able to recognize that Dilma did a lot for our country.

Fernanda Montenegro is well-known to anyone who’s ever watched Brazilian novelas and classics such as Central do Brasil. She’s been for decades the face and voice of the entertainment industry here. And so far, she’s the only Brazilian person to ever be nominated for an Oscar. Throughout her career she’s fought to gain more opportunities for women and other minorities in the entertainment industry. If anything, she’s a legend and a proud representative of her city – Rio de Janeiro!

Vocabulary for Women’s Day in Brazil

Who are some mulheres poderosas in your country? Happy International Women’s Day to all of you!
Kisses from the Rio & Learn team.