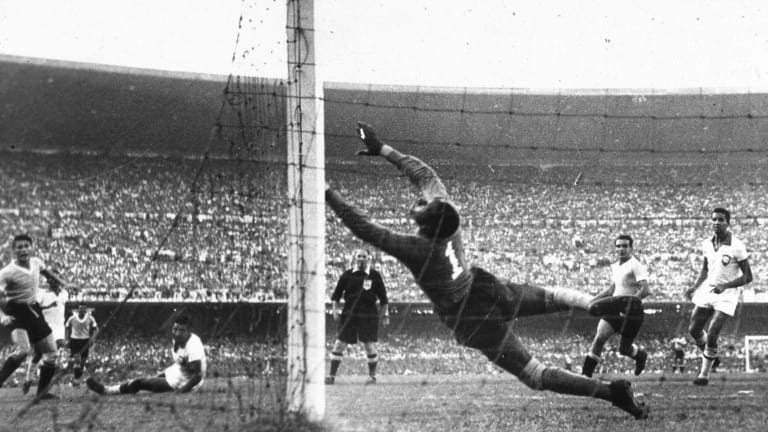 What’s up, guys? Are you ok? Let’s talk about Maracanazo, a sad chapter in the great history of Brazilian football.

After a gap of twelve years, because of the World War II, Brazil received the task to organize the 1950 World Cup. Six cities held matches with thirteen teams divided into four groups. Five of them didn’t have to build stadiums, they only had to renovate the stadiums they already had. But in Rio de Janeiro the organization of the tournament built what was at the time the biggest stadium in the World, The Maracanã.

The Maracanã was able to hold  200.000 people and hosted eight matches, including the finals. After passing the group phase in first place with two wins and one draw, Brazil reached finals against Uruguay. Everything was conspiring for a Brazilian victory and their first Word Cup title, but the outcome was really different between Brazil vs Uruguay 1950.

With a number of 199.854 spectators, Brazil was the favorite against Uruguay, they had the best match history and just needed a draw to be the champion. The expectations grew even more when Brazil scored first in the second minute of the second half. The certainty of winning the championship felt high but it slipped away when the Uruguayans scored to tie the game and then their second goal by Ghiggia. See the goals of this match:

Uruguayans call this episode Maracanazo. The day that they destroyed the Brazilian victory party. The consequences of this day were catastrophic, people were crying at the stadium and across the country. Some even attempted suicide. Eight years later Brazil won the 1958 Word Cup in Sweden, but this episode still hurts.

That’s it, friends. We’ve studied the history of Maracanazo.

See you next time.
Hugs from Rio de Janeiro.