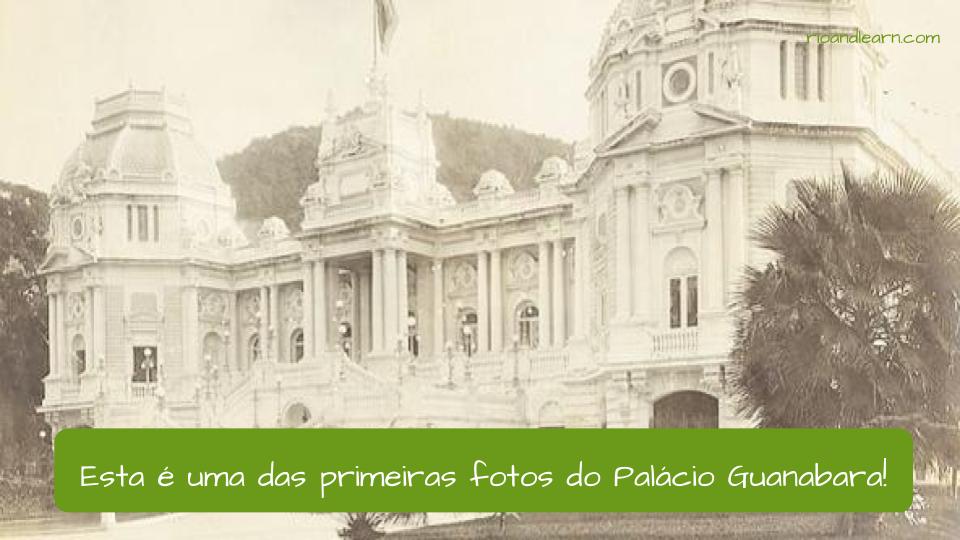 What’s up, friends? Excited to learn Portuguese? Today, we are going to learn about some public institutions in Brazil. They are the governmental subgroups, each responsible for a role to make things work in the country. So, let’s learn how Brazil works behind the scenes!

Do you know what a public institution is? It is a place or organization that exists for public use, for example: school, college, courthouse, library, hospital, etc. To make it easier: it’s the opposite of a private institution. Now we are going to show you some of the main public institutions in Brazil:

The notary’s office, or cartório, as we call it in Portuguese, is a place where you can solve many different problems. They are responsible for administrative documents of people, places, organizations, such as certificates, contracts and real estate documents. If you want to buy or rent a property, enter into or leave a work contract, and many other things, this is the place to go. Basically, if you need to solve almost any bureaucratic issue, you’ll probably need to go there.

The Delegacia de Polícia is the place that you should go if you have any security issues. If you see or have been involved in any kind of crime, you must go to the Police Station and explain what happened, that way they can try to protect and help you. Did you know that in some places in Brazil, we have a special Police station focused on helping only women? Its name is Delegacia da Mulher. And we also have a police station for tourists who need help, it’s called DEAT (Delegacia Especial de Apoio ao Turismo).

DETRAN (Departamento de Trânsito) is where you can get your driver’s license, but it is also the institution that keeps an eye on everything related to traffic. In your country, is getting a driver’s license difficult or easy? Does it cost a lot? Nowadays you can also make or update your civil identification at Detran too.

MEC, Ministério da Educação, is in charge of supervising and monitoring educational institutions. The Ministry of Education controls the quality of education and makes sure that everything is functioning as it should. They are also in charge of the vestibular. Have you ever heard about this? The vestibular is the process used to select the students who will go to university (both public and private).

The Palácio do Governo, also known as Palácio Guanabara, is a beautiful building located in the South Zone of Rio de Janeiro. It is the official headquarters of the government of Rio de Janeiro. The place has a powerful architecture and history and it can be visited by the public with previous appointment and a guide.

I bet you’ve already heard about this one, right? Coming to study in Brazil, getting your student Visa for Brazil, or just coming to enjoy Brazil as a tourist are situations that sometimes require you to talk to these guys. The Polícia Federal is responsible for the security of the country. You probably know this institution because they also are in charge of passport and visa documents.

The Prefeitura, or city hall, is the institution run by the mayor. It is the largest representative of the municipality. That is, each city has its own city hall and mayor. The city hall is divided into government departments such as education, health and the environment.

The tax authority, as the name says, is the institution that controls the tax finances. One of the most important activities is to ensure that tax laws are enforced so that the government can raise the resources needed to run the country. For example, we pay our income tax to the Receita Federal.

Examples of Public Institutions in Brazil

1 – Eu tenho que ir ao cartório para registrar meu casamento.
1 – I have to go to the Notary’s Office to register my wedding.

2 – Você deve ir para a Delegacia de Polícia para pedir ajuda.
2 – You must go to the Police Station to ask for help.

3 – Ele vai ao DETRAN renovar a carteira de motorista.
3 – He is going to the Driving Department to renew his driver’s license.

4 – Todas as escolas brasileiras estão ligadas ao MEC.
4 – All Brazilian schools are connected to the Ministry for Education.

6 – Todos os estrangeiros precisam ir até a Polícia Federal para estender o visto no Brasil.
6 – All the foreigners need to go to the Federal Police to extend their visas in Brazil.

8 – Vocês precisam declarar seus impostos com a Receita Federal.
8 – You need to declare your taxes with the Tax Authority.

Now we know a little more about public institutions in Brazil! Is Brazil organized the same way as your country? Tell us in the comments!