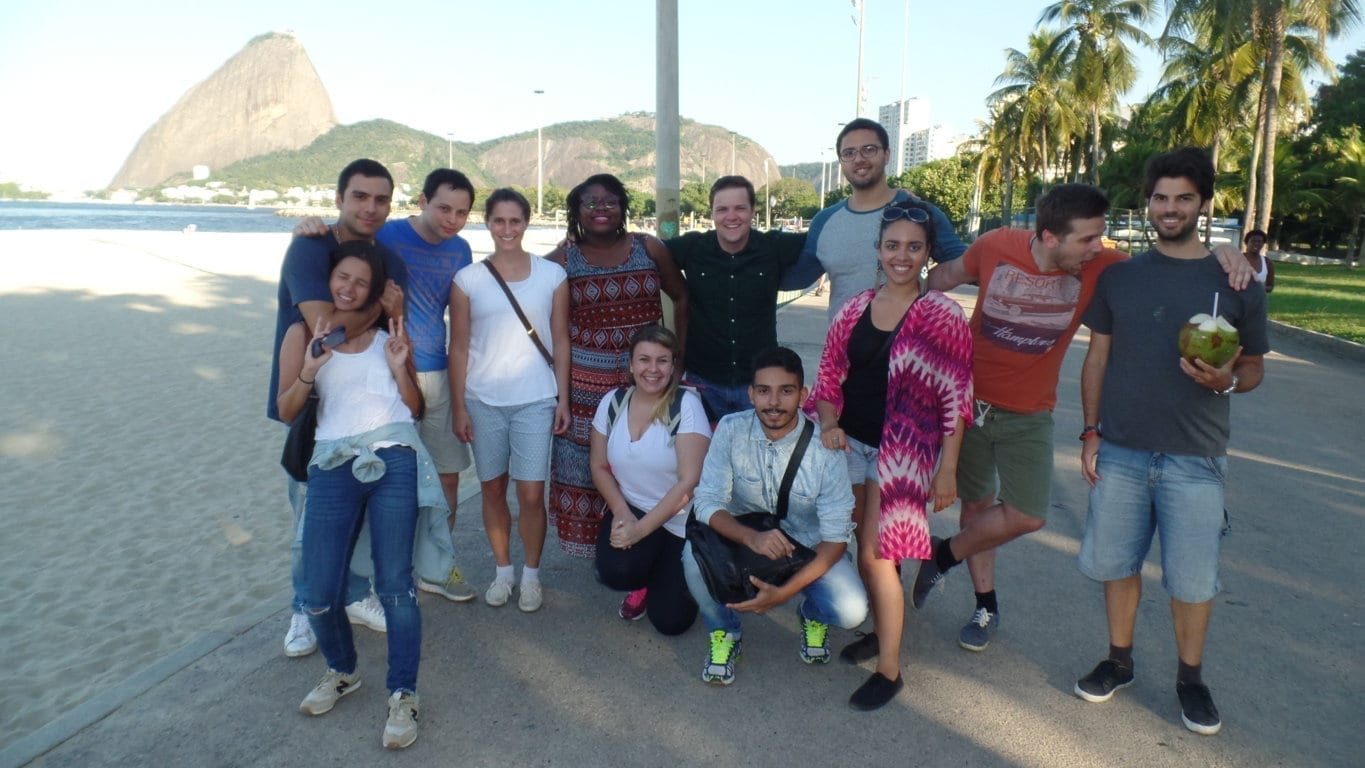 RioLIVE! yesterday took us to the beautiful view of Botofogo. Together we enjoyed a casual walk along the beach. Learning is fun and natural as you participate in RioLIVE!.

We had a very fun afternoon chatting in Botafogo. Our goal was to walk all over the Botafogo boardwalk, admiring the beauties of the place. We started our RioLIVE! at Flamengo beach, which is a great place to practice our Portuguese while enjoying the view. Since it was very hot, some students refreshed themselves drinking coconut water. We walked by the beach and clarified some doubts about Portuguese vocabulary, like the difference between pão and pau.

We continued enjoying the boardwalk taking the time to snap pictures of the Sugar Loaf from different angles, as well as the Christ the Redeemer. Throughout our walk, the students spoke Portuguese only. Finally, we arrived at Botafogo beach and headed to Botafogo Praia Shopping, which is a mall that has an amazing view. To finish our RioLIVE!, nothing better than an ice cold beer to get our night started.

Come see Rio & Learn and and have fun while speaking Portuguese, taking part in our RioLIVE! Activities! 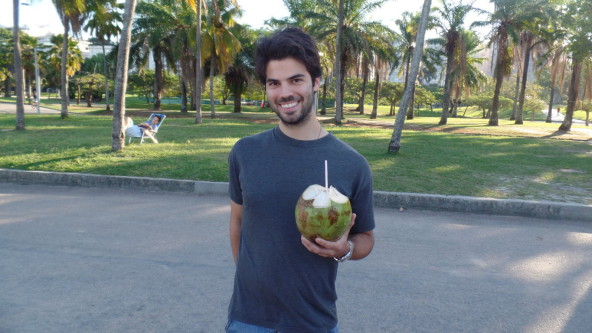 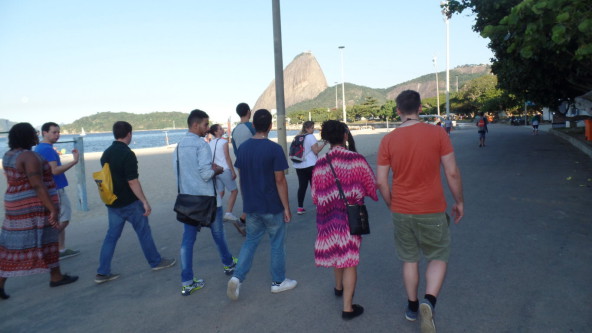 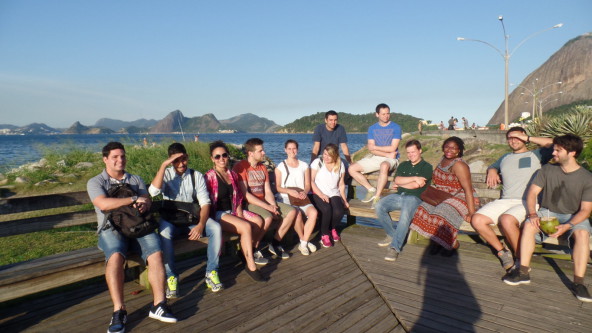 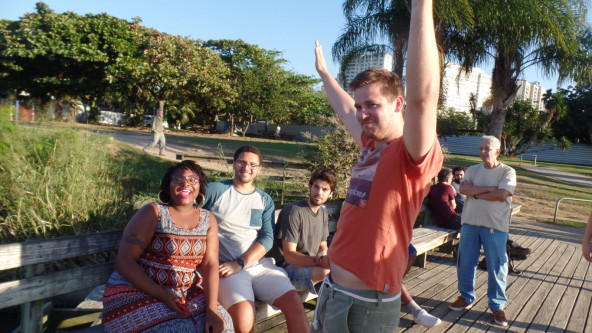 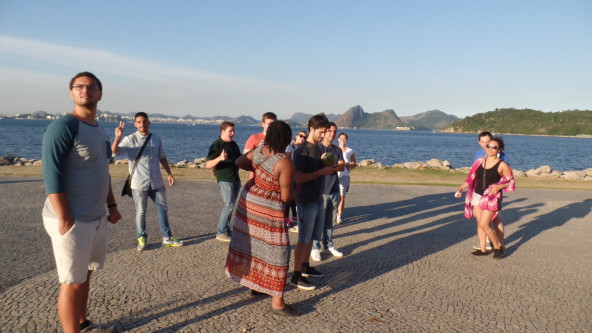 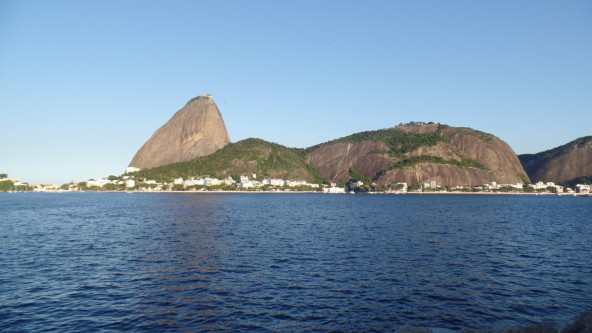 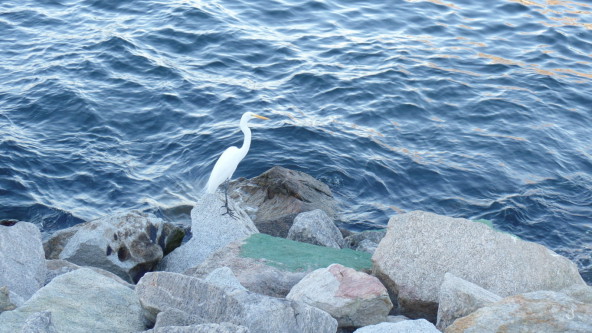 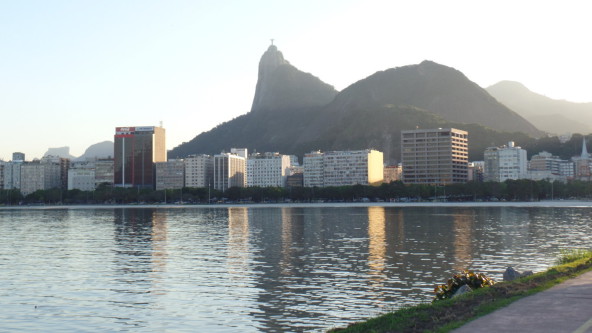 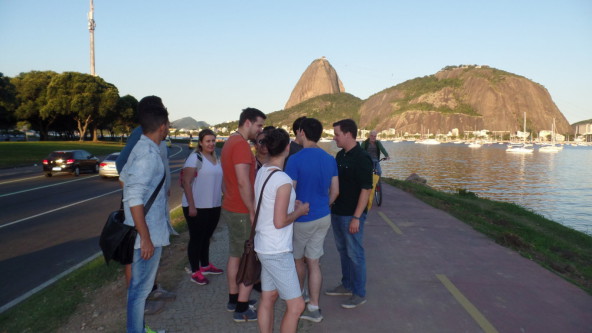 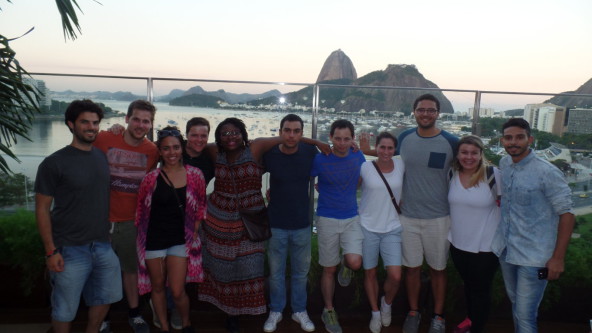