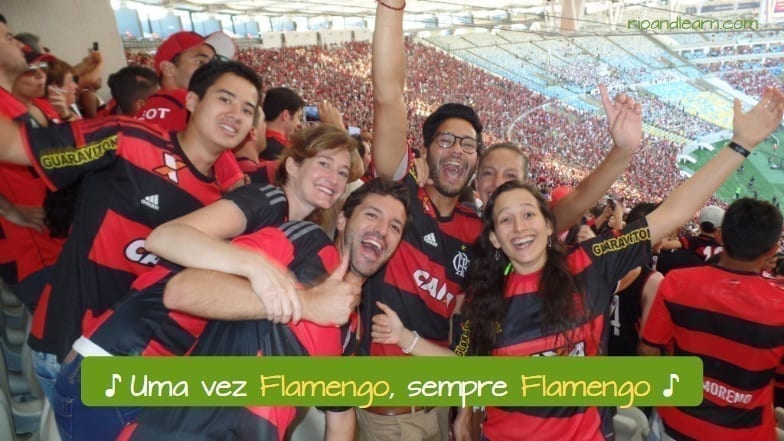 Hey there, everyone!
Today we are going to learn about the greatest football team in Brazil (or at least it is what the fans say). Let’s talk about the history of Flamengo Football Club.

Everything started in 1895, six years after the Proclamation of Republic, but not with football. As incredible as it may seem, everything started with rowing, a very popular sport back then, that was practiced at the beaches of Flamengo and Botafogo. Some friends and other people who lived in the same region decided to create a rowing group so that they could compete and baptized it Clube de Regatas Flamengo. This is the official name of the football team, wearing a red and black uniform or, as we say here, nome oficial do time de futebol, rubro-negro (red-black).

From rowing to football

In 1902 football was already getting popular in Rio de Janeiro and the athletes from Clube de Regatas Flamengo used to row in the morning and play football in the afternoon for the football club Fluminense. This practice continued during some years until 1912 when, after an inside argument, some players from Fluminense decided to abandon the club and create Flamengo football club, Fluminense’s biggest rival.

Two years after its creation, Flamengo accomplished its first title as the champion in the Carioca Championship, and from this moment on victories wouldn’t stop coming. There are so many title they won’t fit in one post. If you want you can see the full list of titles at Flamengo website, but let’s take a quick look at the main ones: 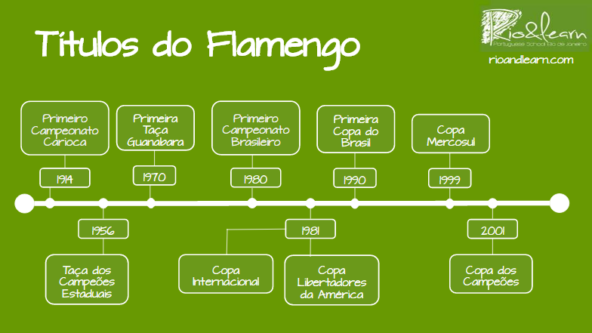 It’s impossible to talk about Flamengo and not mention Arthur Antunes Coimbra, better known as Zico, the greatest and most important player in the history of Flamengo. Zico was such an outstanding player for Flamengo that the period from 1978 to 1983 in known as Era Zico (Zico Age). Besides all the championships Flamengo won in this period, the team has also established an unbeatable record until the present days, with 52 consecutive victories. Zico is considered to be the best free-kick taker in Brazilian football and one of the best players in history since Pelé.

In case you want to see a football match of this great team, keep an eye on our RioLIVE! Weekends de Futebol no Maracanã. But be careful when rooting for this team because some may say that uma vez Flamengo, sempre Flamengo! (once Flamengo, always Flamengo).

Answer the questions below:

Now you know more about the History of Flamengo Football Club.
A kiss on your red–black heart!