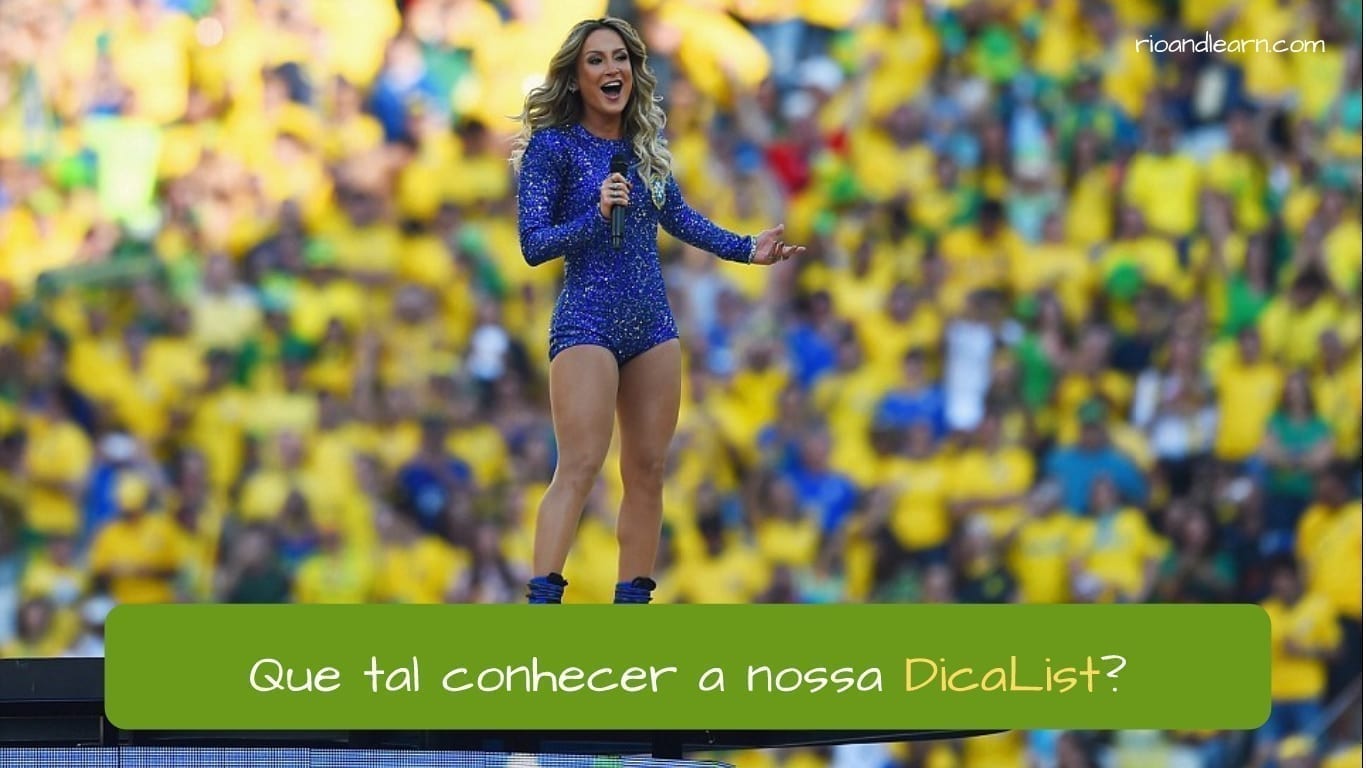 Hello guys!
Let’s talk about music!
Today’s Dica is more than just a Dica. It’s a playlist, or better yet a DicaList, with the best Brazilian songs.

People, turn your ears on because the musical ride is about to begin.

Take a look at our DicaList!

Written and sung by Caetano Veloso, the song has been referred to as being the National Anthem of Brazil in 1967, because given the situation lived at the time, the music brought a sense of peace and calamity to Brazilians. Caetano’s performance and attitude with this song caught the attention of the audience because of the use of electric guitars; he placed fourth in the festival Rede Record. Clearly, Caetano’s music is among the best of Brazilian music.

Our famous and dear síndico (trustee), as Tim Maia was known, contributed much to music in the 1970s. His deep and iconic voice, associated with his style, which involved funk, soul and disco, gave Brazilian music the seasoning it was lacking at the time.

The song was written by the singer Toquinho, who began his career performing in high schools and colleges; he composed his first hit, Que Maravilha, with singer Jorge Ben, in 1970. An interesting fact about Toquinho is that he was a close friend of Vinícius de Moraes and, as he says: I took advantage of my friendship with Vinícius to the end. Toquinho was with his friend at the time of his death.

This masterpiece was written by singer-songwriter Tom Jobim, who invited the great Elis Regina to sing along with him in a remix of the song that was considered one of the best Brazilian songs ever re-recorded. The chemistry between the singers on stage was playful and made the song even more enjoyable to hear. Águas de Março is among the best Brazilian hits of all-time, and certainly one the best songs in the world!

Another All-Time Brazilian hit is a song that is considered the first Bossa Nova song ever, composed by Tom Jobim, and written by Vinícius de Moraes. The most famous recording was done with João Gilberto‘s voice. The music helped consolidate Bossa Nova as a new musical genre.

The Tribalistas’ song and overall album was very successful; band members include Marisa Monte, Arnaldo Antunes and Carlinhos Brown. An interesting fact is that the band never made any appearances together on any TV or radio show.

This song is off the album Tropicália 2, released in 1993, which celebrated the 25 years anniversary since the release of the original Tropicália album. The album contains many hits such as the song Haiti; the song served as a social critique of Brazilians’ bad habit disrespecting transit signals and signs.

A Garota de Ipanema is a classic from the great Tom Jobim with his friend, Vinícius de Moraes. The song had several covers done after the original version. One of them, made by the American band The B-52’s called the Girl from Ipanema goes to Greenland, in the 1986 album Bouncing Off the Satellites. The English version of this song is called The Girl from Ipanema, written by Norman Gimbel, in 1963, and has been interpreted by many artists like Amy Winehouse, Maroon 5, Madonna and Sepultura.

The song by Jorge Ben originated from a Brazilian expression/saying Mas que nada, a slang which is meant to mean no way, yeah right or whatever. Want to see Sérgio Mendes‘ cover of this song?
An interesting fact is that the song was used by the band Black Eyed Peas to create a track for the movie Rio in 2011.

The song by Chico Buarque is a social critique to a hidden individual part of everyone’s daily life in any city, the builder/mason/construction worker. In his song, the singer talks about the last day of that man who dies invisible before the eyes of all. It is worth checking it out.

That’s it guys!
Did you like our DicaList of best Brazilian songs?
We’ll see each other on the next Dica. Bye!