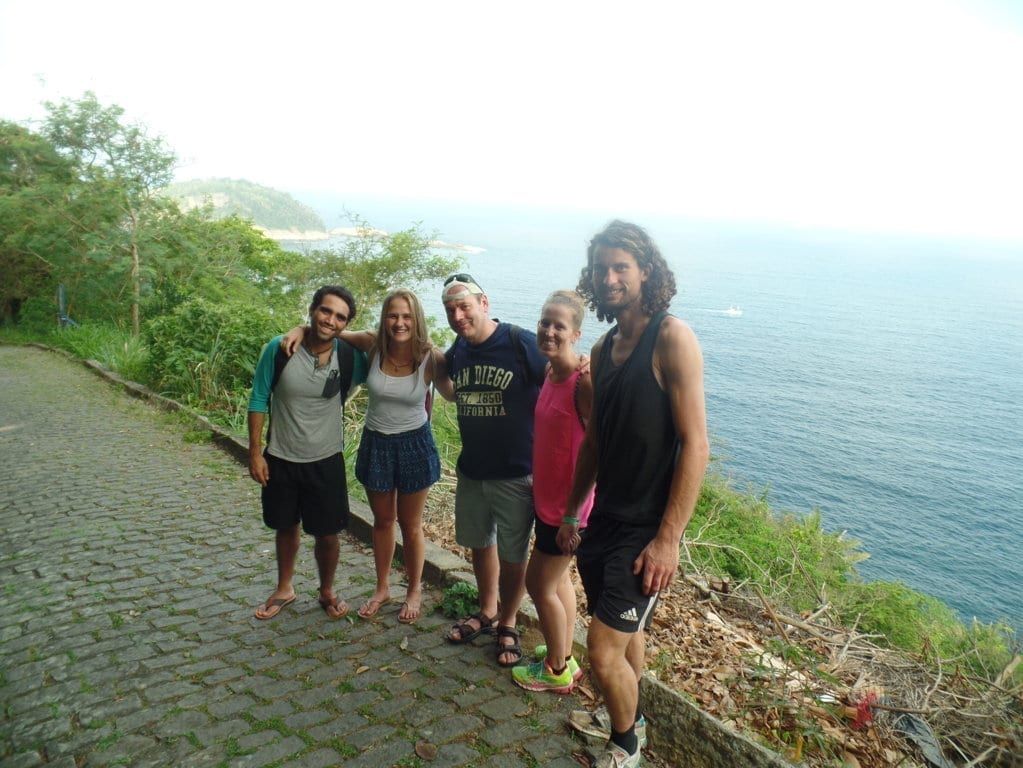 After a small hike up to Forte do Leme we were greated with a beautiful view of Pao de Açúcar and Copacabana. We also saw a lot of monkeys that were ready to pose at a moments notice for our pictures. It was a great way to see part of beautiful Rio while practicing Portuguese with friends.

Micos, Portuguese and fun, that’s what our students had in our last RioLIVE! which was a visit at Forte do Leme. Oficially called as Forte Duque de Caxias, this place has so many good things to offer to their visitors.
Our RioLIVE! started with a nice walk by the beach until the neighborhood of Leme where the fort is located. Then, we took a small hike into the place because there is a forest inside too, our students from The Netherlands, United States, France, Mexico and Switzerland were really happy but surprised with this carioca combination of nature and city. During the hike, it was possible to see and interact with some micos (small monkeys in Brazil), our Portuguese students took a lot of pictures. 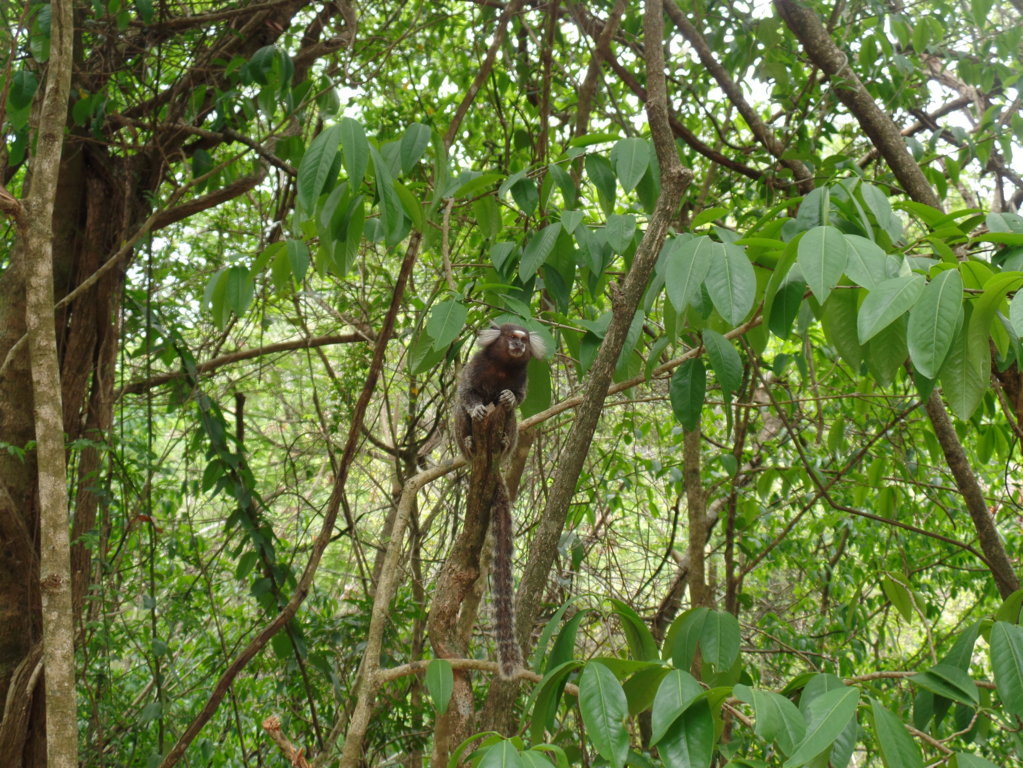 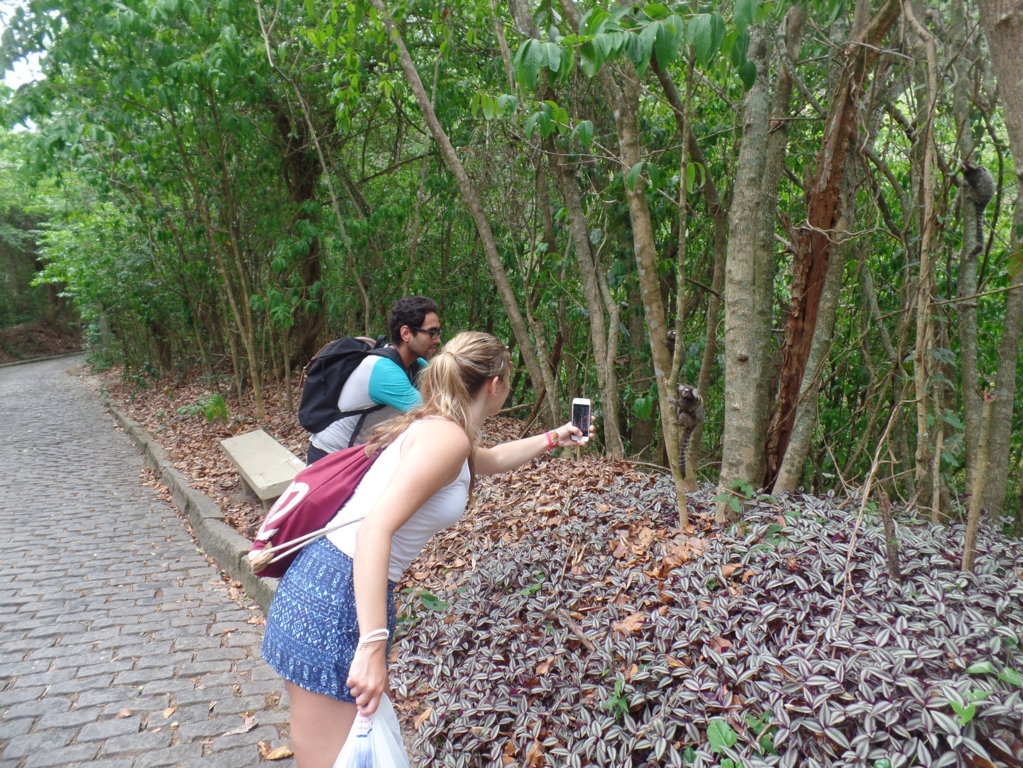 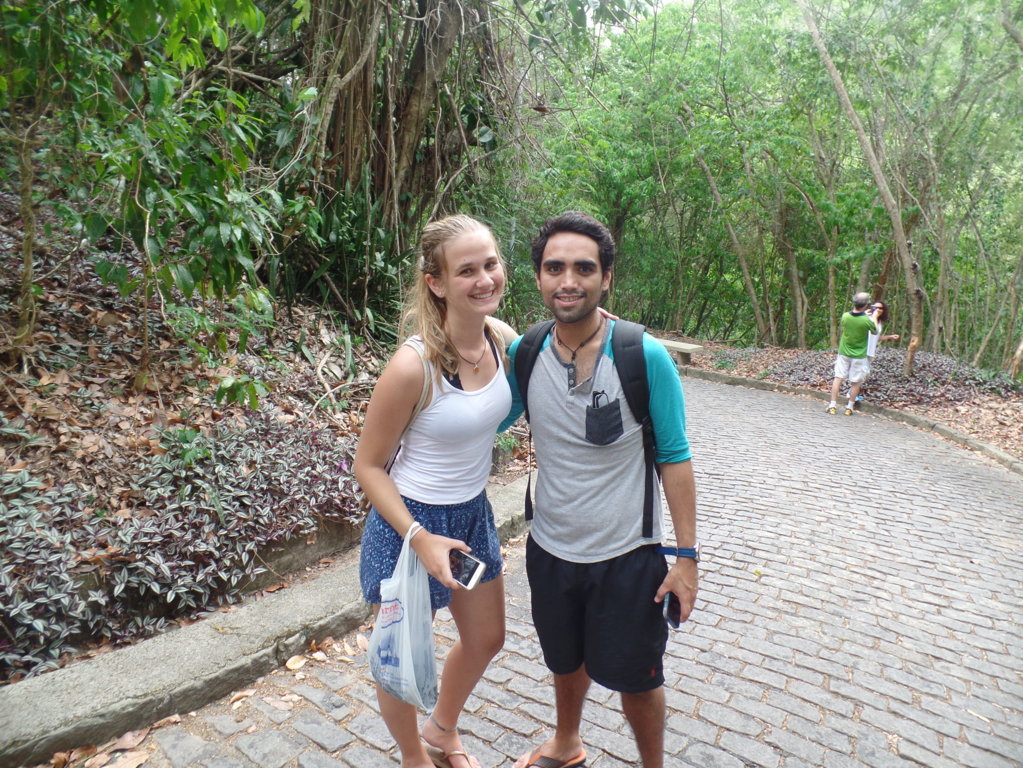 At the top of the fort, even with some clouds, we could have nice views of places such as Pão de Açúcar, Leme and Copacabana, also because many people don’t Forte do Leme and when they visit it, they get stunned. 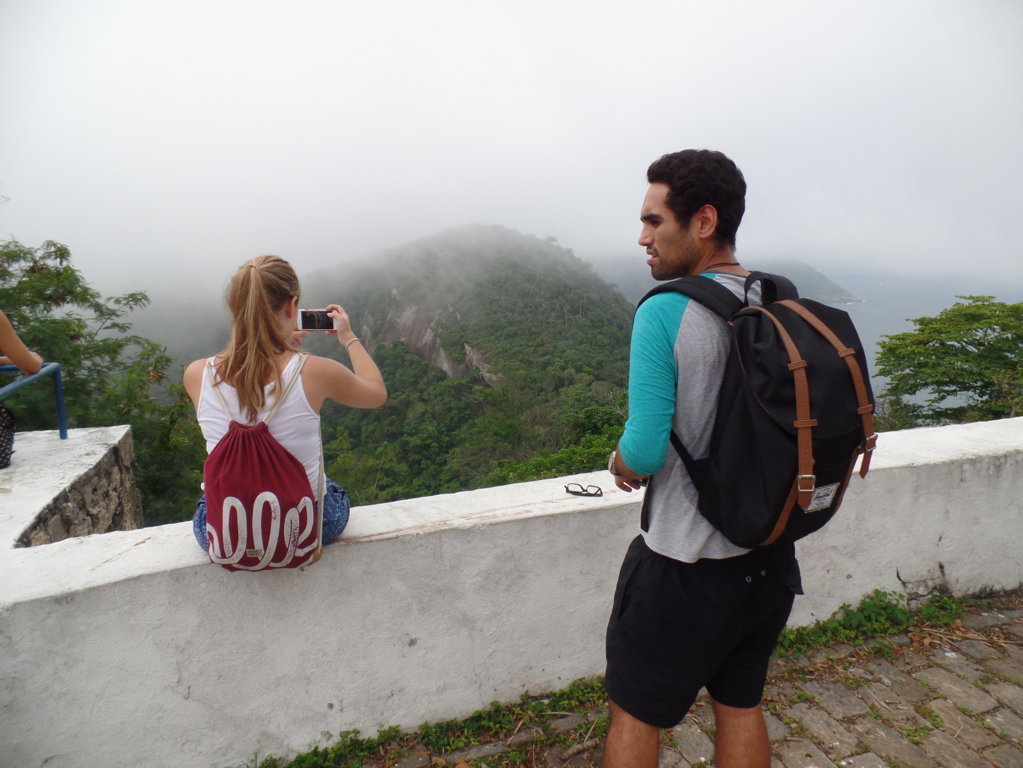 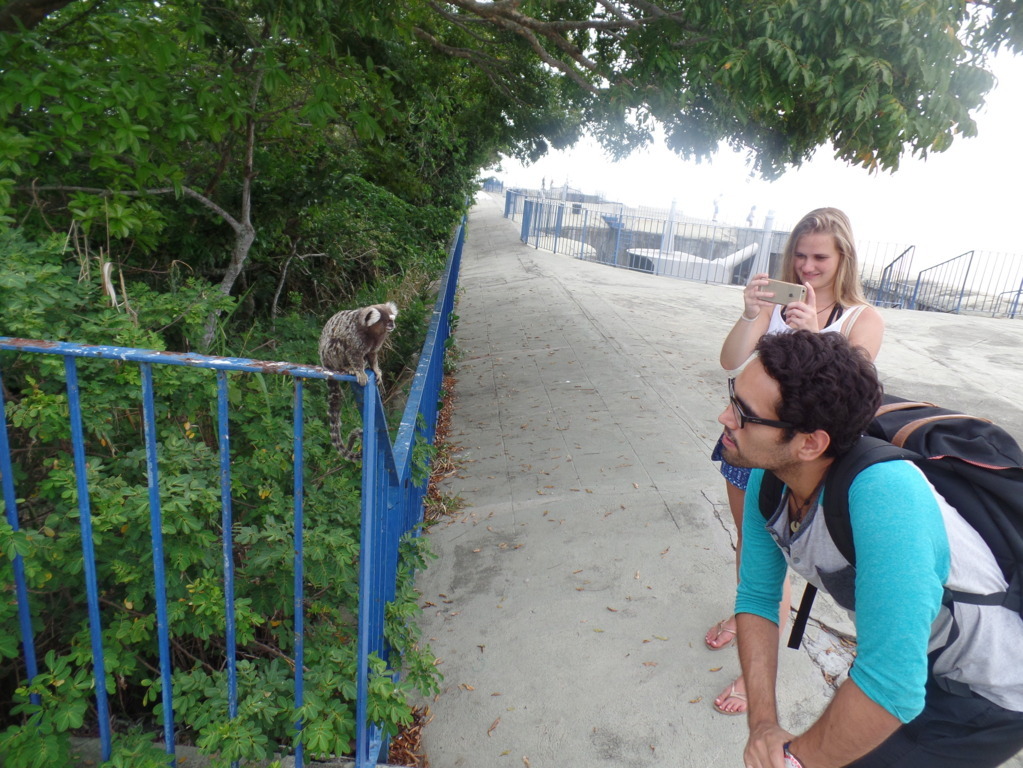 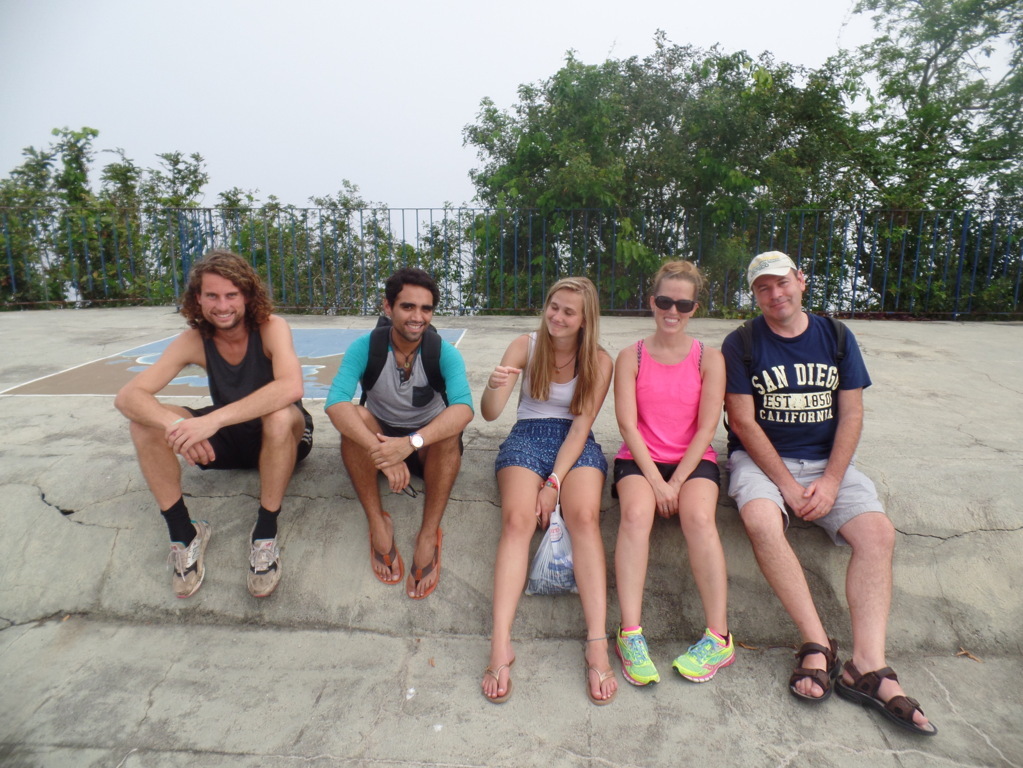 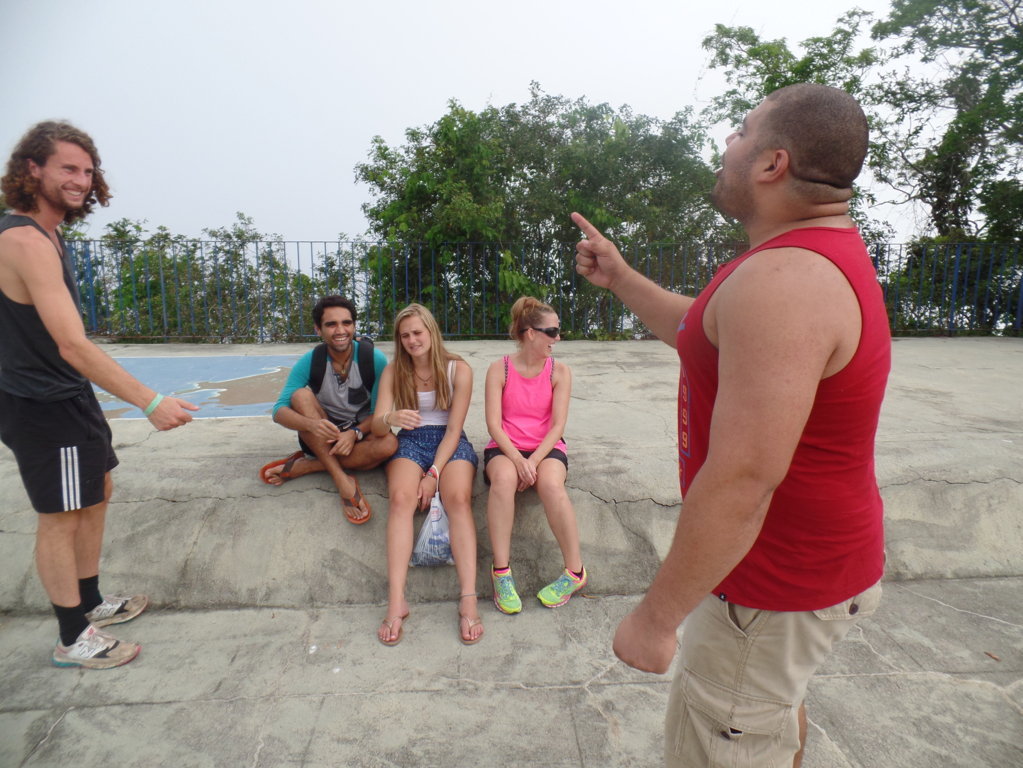 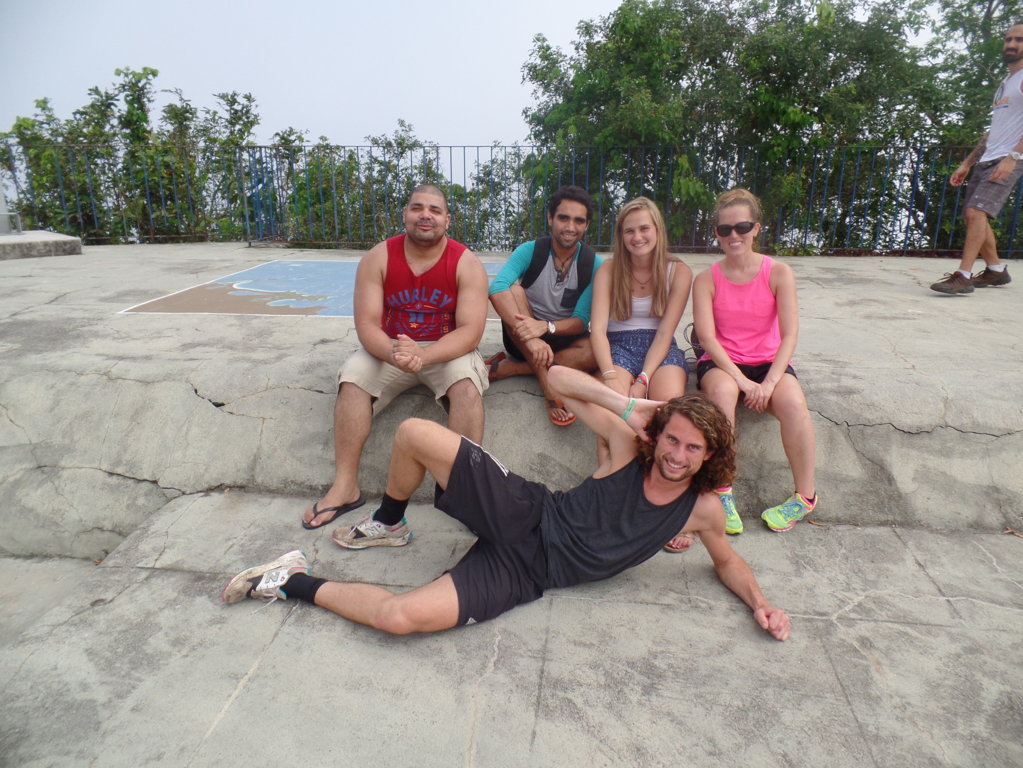 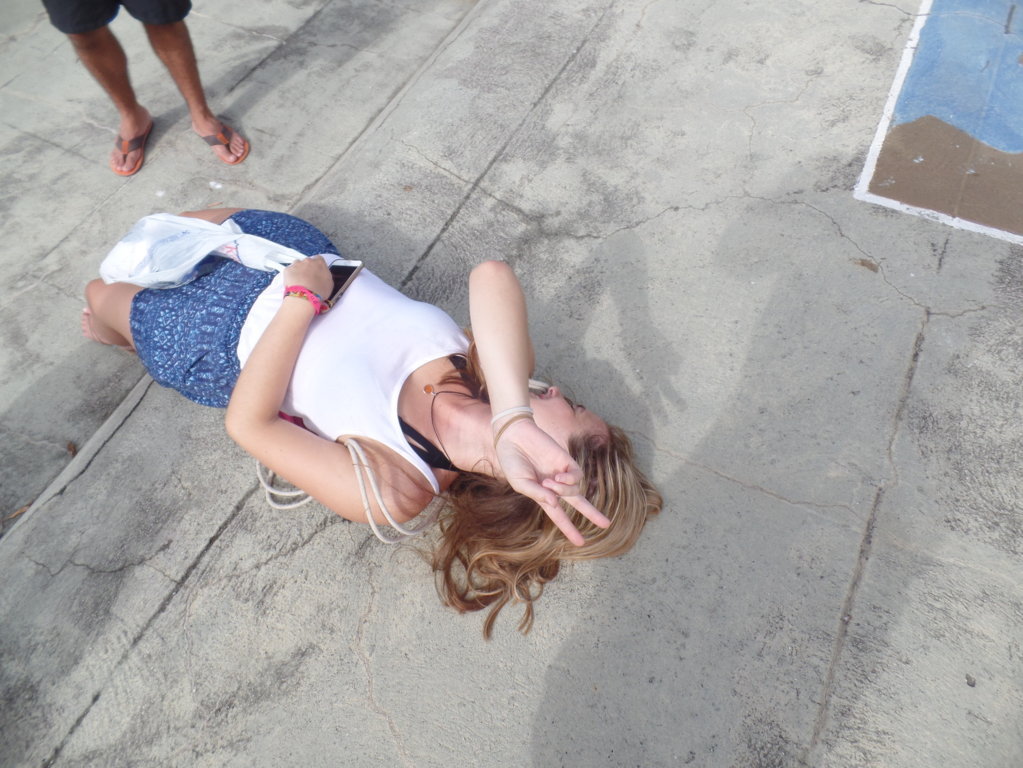 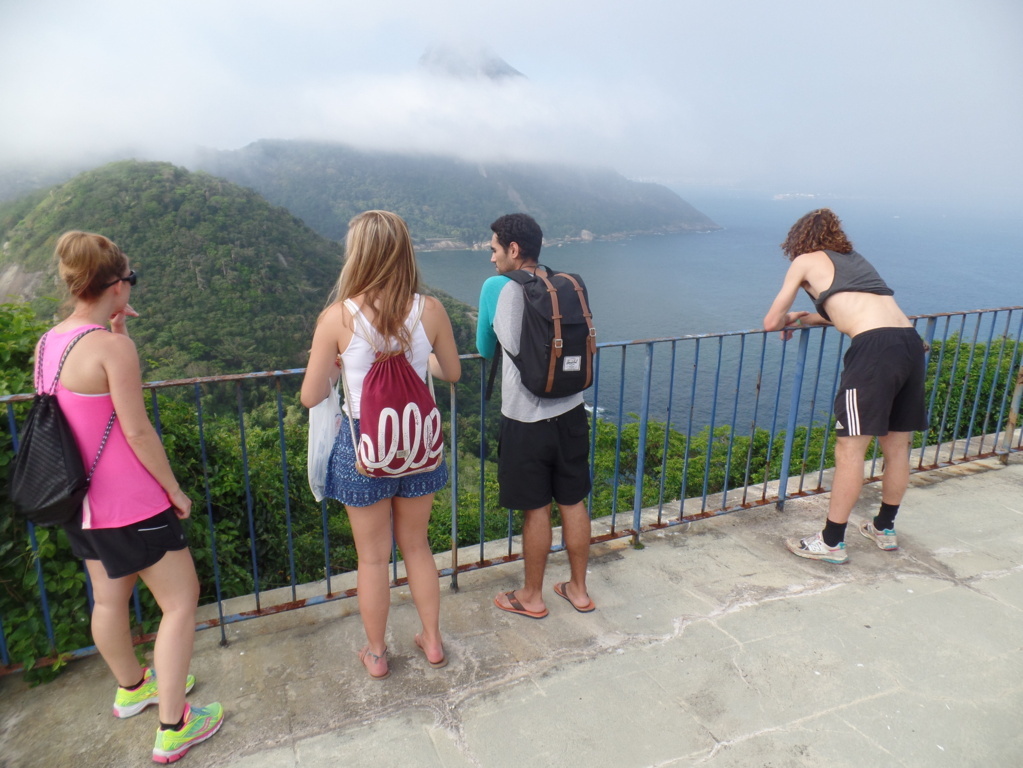 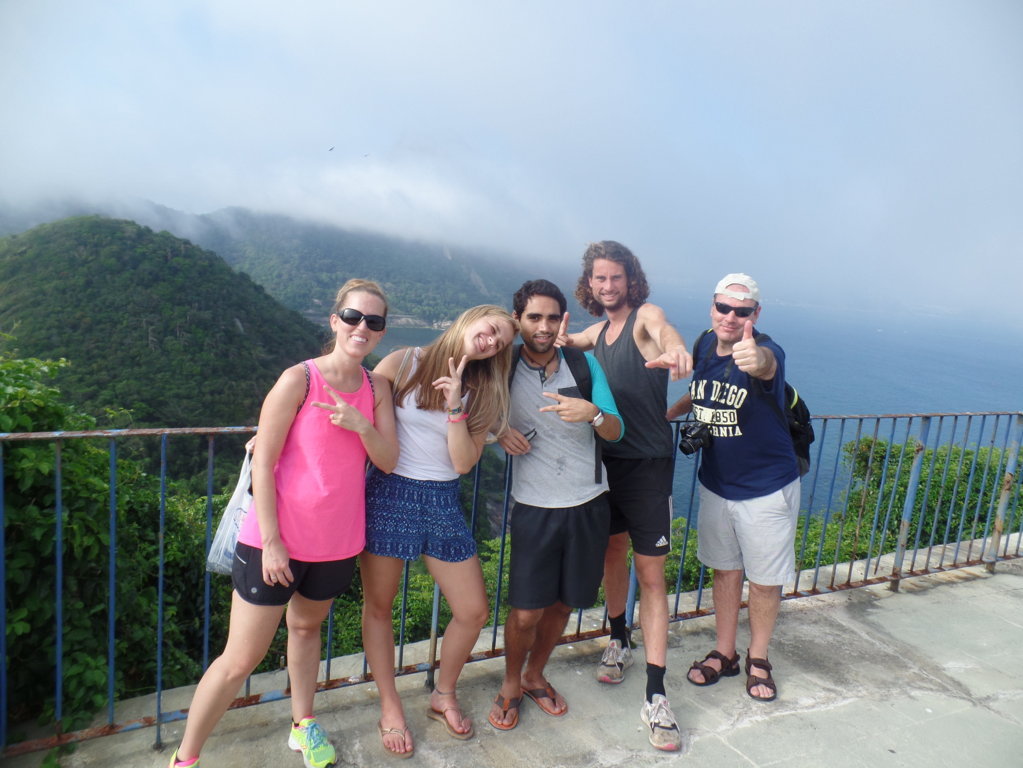